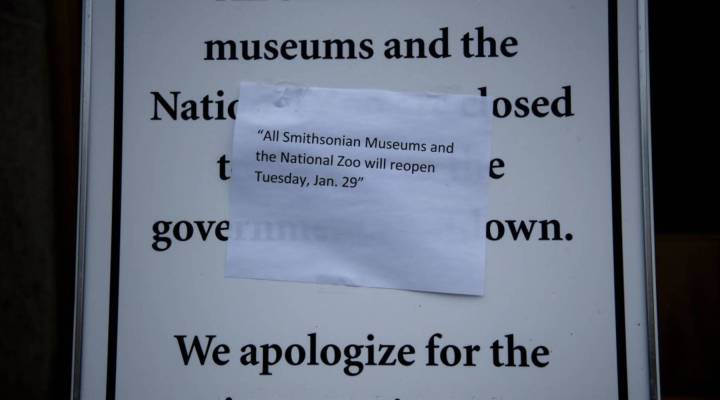 A sign outside the Smithsonian American History Museum in Washington, D.C. on Jan. 27. BRENDAN SMIALOWSKI/AFP/Getty Images

For now, the government is up and running again. Federal workers have been promised back pay for the work they missed during the shutdown, but contractors who keep federal buildings clean and secure were also cut out from their paychecks. They aren’t going to get back pay. The Service Employees International Union rallied some of those workers this week at the Capitol to ask lawmakers to support a bill that would pay those workers for lost wages.

One of those workers, Lila Johnson, 71, is an independently contracted custodian at the Department of Agriculture. She told us how the shutdown and the lack of back pay is affecting her day-to-day finances and what she’s had to do to make ends meet.

Kaneisha Onley was also at the rally. She’s an independently contracted security guard at various Smithsonian museums. The lack of back pay has affected her ability to pay her bills and support her 3-year-old son.