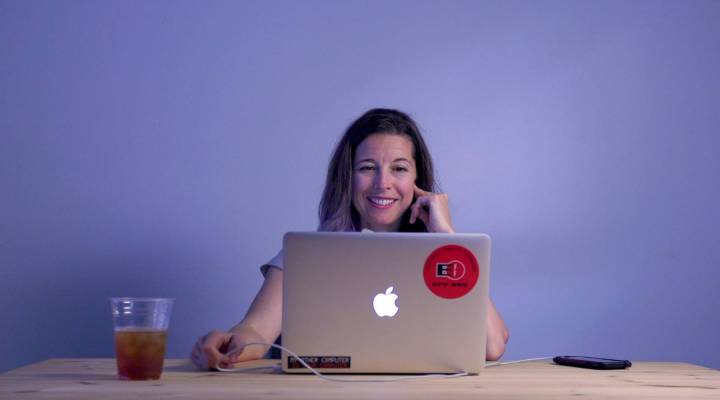 It seems that tech companies like Google and Amazon are deeply intertwined with the daily aspects of our lives. But what does it look like if we try to cut them out? Kashmir Hill from Gizmodo set out to answer that question by taking one for the team and cutting herself off from the big tech companies (Google, Amazon, Microsoft, Apple and Facebook) for a week each. She talked with Marketplace host Kai Ryssdal about her multipart series on technology trials and tribulations. The following is an edited transcript of their conversation.

Kai Ryssdal: Did this just seem like a fun thing to do or why?

Kashmir Hill: It did not seem like a fun thing to do at all. It sounded like a nightmare, honestly, but I wanted to find out how powerful the tech giants are and how much I use them in my daily life.

Ryssdal: Yeah, spoiler alert, they’re really powerful. Tell me first of all, technically, how you did this. Because it’s not like you can just deselect the Google Maps or something, you know.

Hill: Right. Because I write about privacy and technology, I know that we interact with these companies in invisible ways all the time. So I worked with a technologist who built a virtual private network for me, or a VPN, through which I routed all of my internet traffic. Like, I connected my phone to it, my computer to it, all connected devices in my home, and it blocked the tech giants by blocking their IP addresses. It’s, you know, about 120,000 for Facebook and over 20 million for Amazon and Microsoft.

Hill: Yeah, it’s kind of wild. Amazon had the most IP addresses and Microsoft was not far behind. But yeah, 20 plus million that they basically squat on, IP addresses they’ve bought that they can use. And to use an IP address just to — it usually represents some kind of device that’s connected to the internet or a server that’s connected to the internet. It lets your devices talk to their servers.

Ryssdal: So give me a “for instance.” And we should say here that the series goes, what, five parts I guess you’ve done or probably you did them all in the fall and then you published them this week. Amazon, Facebook, Google most recently, and then you’ve still got Microsoft and Apple to write about and release. Tell me what happened when you tried to cut Google out. You couldn’t even use, like, Uber right?

Hill: Yeah, so it was it was a surprise to me. A vast majority of companies that have any kind of mapping as part of their service use Google. So when I tried to use Uber and Lyft one morning to get to a meeting, I couldn’t enter my destination because they both relied on Google Maps. I just couldn’t use their app when I was blocking Google.

Ryssdal: As tough as Google was though, Amazon was well nigh impossible.

Hill: Yeah, Amazon was hard, and not just because — I definitely rely a lot on Amazon.com. I buy from them all the time. Because of this experiment, I looked at how often I use them, and I spend about $3,000 a year on Amazon.

Ryssdal: I don’t want to look at how much I spent. I’m just saying.

Hill: Which is wild! But the harder thing with Amazon is that Amazon operates this vast web hosting service called AWS, or Amazon Web Services, and just an incredible amount of the internet uses Amazon to host their websites. There are just tons of websites and apps that just stopped working for me because they couldn’t connect to Amazon servers. And I think a lot of people don’t know this. They think of Amazon as a retail behemoth, but the company actually is profitable because of its web hosting.

Ryssdal: Let’s get down to consumer nuts and bolts. Tell me about your daughter and you trying to get Amazon out of your life.

Hill: So what I discovered when I blocked the Amazon is it cut off all forms of digital entertainment for me and for my family. My daughter is 2 years old now. She was 1 when I was doing the experiment in the fall. And maybe we’re terrible parents because we let her have screen time.

Ryssdal: Oh, no. Join the club.

Hill: She loves a few movies. She loves “Coco,” she loves “Monsters, Inc.” And we watch these movies either through Amazon Prime Video or through Netflix. We listen to their soundtracks on Spotify, which we play through our Amazon Echo. So when we were blocking Amazon, Netflix and all the other video providers use AWS to host their content. So we couldn’t watch any movies, and we couldn’t use our Echo, and we had no other way to play music in the house. And my daughter was very upset about this, and it was very hard for me to explain to her why I was torturing her for my journalism.

Ryssdal: So look, you are a technology professional, right? And you did this experiment to see what it would be like, and even you were surprised. What do you suppose the lay public will think when they read this?

Hill: I don’t think most people realized how woven into the infrastructure of the internet and just society these companies are. They have an incredible control in just daily life in commerce in America. You basically can’t use the internet without interacting with them, and that’s that’s kind of wild. I think, you know, oftentimes when people are concerned about the privacy invasiveness of these companies or the power that they have, people say, “Well, just don’t use their products.” But what I found during this experiment is that that’s just not possible.

Ryssdal: You got Microsoft and Apple coming up, and I’ll tell you, I’m curious to see how that goes.

Hill: Keep reading (laughter). Yeah, this is a six-week lived experience, but we’re publishing them in three weeks just because I wasn’t sure how interested people were going to be, but it seems like they’re interested.