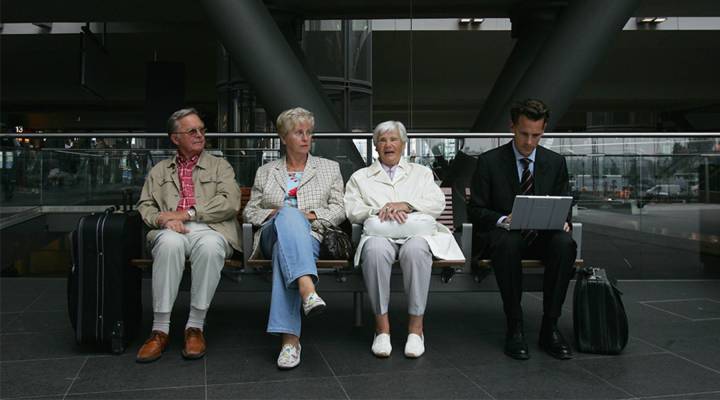 COPY
Across the country there is a patchwork of programs to help seniors get to doctor appointments, pharmacies, grocery stores and other places they need to go. Andreas Rentz/Getty Images

Across the country there is a patchwork of programs to help seniors get to doctor appointments, pharmacies, grocery stores and other places they need to go. Andreas Rentz/Getty Images
Listen Now

As the U.S. population ages, transportation challenges for seniors, their caregivers and communities are growing. Every day about 10,000 baby boomers turn 65, according to the AARP. And among those aged 65 and older, one in five don’t drive, either for health or economic reasons.

The National Association of Area Agencies on Aging (n4a), along with the National Aging and Disability Transportation Center, recently surveyed older adults. n4a CEO Sandy Markwood said that “72 percent responded that getting transportation to medical appointments was the highest need that they had.”

The need for health care-related transportation is evident in the daily pattern of Uber and Lyft rides. “There are a lot of people who want to be picked up and be taken to the airport in the morning, get picked up at a restaurant or club in the evening,” said Harvard Business School professor Joseph Fuller of the Managing the Future of Work Project. “But at 10 a.m., there are a lot of people being taken to medical appointments.”

But a lot of seniors can’t afford a ride-sharing service or taxi to get to health care appointments. So many rely on family members, neighbors, friends or professional caregivers.

Fuller recently published a study on the economic and social impact of caregiving on employees and employers. He said child care responsibilities still take up the most time for caregivers, but elder care is catching up. “By the 2030s, we’ll have more 65-year-olds and above, than 18-year-olds and below as the population shifts,” said Fuller. “People of the preceding generation are moving from care providers to care recipients. So the instances for adult-oriented care are already significant and they’re going to get more significant quickly.”

Across the country there is a patchwork of programs to help seniors get to doctor appointments, pharmacies, grocery stores and other places they need to go.

In Portland, Oregon, a multi-county agency called Ride Connection arranges free rides for seniors, people with disabilities and others who need transportation assistance.

Van driver Michael Shepherd drives full-time for Ride Connection and provides dozens of rides per week. He started at 7 a.m. on a recent weekday morning with two pickups. Virginia Palmer, 70, got a ride from a Salvation Army women’s shelter to get treatment at a nearby dental school. And Michael Jarding, 63, who recently suffered a stroke, was going for a routine checkup at a downtown hospital.

Jarding said he hasn’t driven in years, and that getting to public transit would be difficult for him. “I don’t have the strength to walk that far anymore,” Jarding said. “And taxis are just too expensive because I’m living on a fixed income.”

Shepherd does weekly van trips to take groups of seniors, many with walkers and other assistive devices, to shop at Costco and Fred Meyer, a local department store. He thinks the value of these rides for seniors goes well beyond saving $20 or so on a cab to get groceries.

“I picked up a lady the other day and she said ‘This is the first time I’ve been out of the house in a couple of weeks, and you know, it’s good to get out.’ This may be their only source of communication with the outside world, and I think that’s even more of a help than the ride itself.”