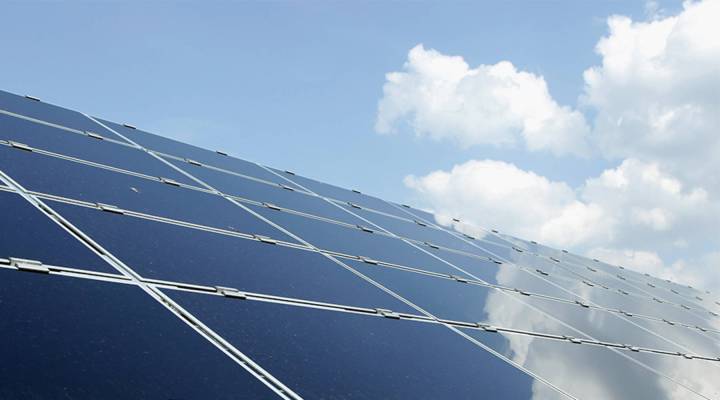 One of the major challenges of using renewable energy sources like wind or solar is that there’s overproduction when the sun is shining and the wind is blowing. Solar and wind power is produced mostly during the day, then drops off at night — when people tend to use the most power. Batteries can help smooth out those peaks and valleys, but cost has limited wider adoption. Now battery storage is maturing. So what does that mean for regular people? Marketplace’s Jed Kim talks with Ravi Manghani, director of energy storage at energy consulting firm Wood Mackenzie, who says the tech is getting to individual houses through transmission lines, maybe even yours. The following is an edited transcript of their conversation.

Ravi Manghani: It’s definitely becoming an increasing part of the resource mix that electric utilities are currently owning and operating. So even if the customers themselves are not deploying battery storage, they are getting the benefits of battery storage in the form of a consistent efficient energy supply unit.

Jed Kim: What’s driving the demand for cleaner energy and battery storage? Is it from consumers or is it utilities who are looking to cut costs?

Manghani: I think it’s definitely a bit of both, and if I may add a third element, we are facing a huge climate change problem today, so some of that is being driven by the regulators that are directing the utilities to go for a cleaner renewable grid. But obviously one of the drivers is the cost reductions that we have seen, both solar panels in the past 15 years or so and more recently, in the last eight to 10 years, the battery costs have also come down pretty significantly. We’re talking about about 80-85 percent cost reduction over the past decade for battery storage.

Kim: You’ve been in the renewable energy sector for about a decade. Is demand accelerating now more quickly than anticipated?

Manghani: Yeah, so, I’m going to try to not quote the “Game of Thrones” reference of “winter is coming.” But since the beginning of this decade, we have been talking about how energy storage is that next big thing that is going to be revolutionizing the way the grid operates or looks. And for the first five years or so of that decade, that promise was never followed through, but something triggered in 2015, 2016. And when I say something, it’s predominantly the cost aspect, of course. The cost points came to a level where there was an automatic crossover, your very typical hockey stick adoption of any new technology where the first few years it’s fairly flat and then you reach an inflection point and the market just picks up. There are several drivers — the utilities and the end customers getting more familiar with the technology. Tesla made a big splash when they said they were going to be selling Powerwalls in 2015. That sort of coincided with the increase in interest from the various market participants, be it customers like residential homeowners or even large electric utilities or even some of the commercial players.