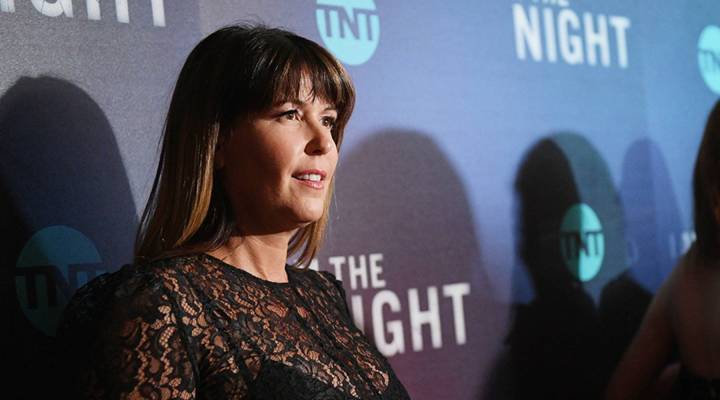 COPY
Patty Jenkins attends the "I Am the Night" premiere at Metrograph on Jan. 22, 2019, in New York City. Mike Coppola/Getty Images

Patty Jenkins attends the "I Am the Night" premiere at Metrograph on Jan. 22, 2019, in New York City. Mike Coppola/Getty Images
Listen Now

Patty Jenkins, the director of “Wonder Woman” (2017) and “Monster”(2003), is having a moment right now. Following the success of “Wonder Woman,” which grossed over $812 million worldwide, Jenkins created the TNT miniseries “I Am the Night,” which reimagines the memoir of Fauna Hodel, granddaughter of a suspect in the Black Dahlia murder mystery. Jenkins spoke with Marketplace host Kai Ryssdal about the series (which airs tonight), about persistence in the entertainment industry and about the upcoming “Wonder Woman 1984.” The following is an edited transcript of the full interview.

Kai Ryssdal: You have done TV in the past, but this series, if I’m right, is the first one that you’ve done like soup to nuts — you [executive produced] it, you created it. You did the whole thing minus the writing I guess, which your husband did, right?

Ryssdal: What is it about this story that grabbed you? And I’ll break the fourth wall here — when you and I were out at that Vanity Fair thing a year and a half, two years ago, we talked about this project and you were you were passionate about it back then.

Jenkins: Did we talk about it then? That’s so funny.

Ryssdal: Yeah, we did in the green room.

Jenkins: Oh, that’s right. You know what’s interesting about it? It’s so fascinating like why do we make films, why do we do the things that we do? Ultimately it all boils down to our attraction to story. And in this case the entire project is born from the most natural pursuit of great story that I’ve ever had because I literally had a million reasons not to do this project over the years. But the story was so incredible that it never left me. And so even when I didn’t, when I wasn’t planning on doing the project, I continually would tell people the story and people would continually be shocked, as shocked and blown away as I was. So it’s literally 10 years later, right, when I met Fauna Hodel and she told me her story. You know my jaw dropped. I couldn’t believe it. And and at first I thought it might be too dark for me to take on but then. But it was like her journey to becoming the person that she became. That was the part that hooked me. And so yeah, I mean that’s so — years and years later when the door opened up to make it, and my husband found this great way to break it — Sam Sheridan — and tell the story, you know we just jumped at the chance.

Ryssdal: I want to ask you about that years and years thing because you are clearly an extraordinarily patient woman, you waited years to do this, you waited like 14 years between “Monster” and “Wonder Woman.” You see value in biding your time.

Jenkins: No! I don’t. I’ve always been trying. I never stopped trying. With the exception of about two years when I had my son, I said, “OK, let me just do TV.” I’ve been trying to get my projects done the whole time. And there have been a few things here and there that I thought I was going to do that, you know, didn’t work out, but I have never stopped trying full throttle to do the things I want to do.

Ryssdal: Do you think your days of trying and not getting to do what you want to do are done now?

Jenkins: For now. For the moment. I think that you know, sadly, I feel like everybody in life is cyclical and I definitely see that there are ebbs and flows of when people are interested and want to make your material. I think that that makes me so grateful that a moment has come where people are interested in supporting my projects, which is great, and I’m sure, you know, I definitely know many of the greatest directors of my lifetime who struggled to get their projects made later. So, you know, I don’t take it for granted, but hopefully I can get some great stuff made and or at least try for it now.

Ryssdal: Do you see parallels between the opportunities that exist writ large I guess in movies now and with television as much content opportunity as there is out there?

Jenkins: I do. I actually think we’re in a pretty great moment as Wild West as it is because I think there was a long period of time that there were some pretty strict conditions on what was a story worth telling, how and where. And so having lived in New York for most of those years, I felt like I had this lucky, naive relationship with the media because I was watching films from all over the world and, you know, great things on PBS. But when I moved to Los Angeles, there’s really what will go in the theaters and what will go on TV. And when I first started working that got a little rigid because the bottom fell out of indie films and only big tent poles were being made in the theater, and television was still pretty controlled. It was network or it was HBO and that was it. So I think finally this is this incredible time where a project like this — and this is a perfect example — this riveting story. It just can’t be told in two hours. But it also can’t run for years. So finally the moment has come, like, wow, look at this amazing way that people can both watch and then later stream and take it in however they want this more complicated story.

Ryssdal: Is the challenge for you as a director and executive producer different when you’re doing a multipart thing like the whole story and, say, “Wonder Woman”?

Jenkins: Yes, it is. I think interestingly it’s always different. Every project is different. In this case when we first started talking about it the having no idea when “Wonder Woman 2” could go. Well, the plan was for me to direct all of the episodes. But when I realized that I couldn’t. It changes things have changed things anyway. Doing something for television and doing something that you’re parsing out and you’re building a world in this different kind of way. But then in this case I think that the biggest challenge was really then becoming a producer where you’re looking for the greatest directors that you can find. And in this case I’m like a huge fan of Carl Franklin. I have loved his work for so long and I’m a massive admirer and I felt like he kind of wrote the book on a lot of things about the genre. And so it was my first instinct was we have to go find Carl Franklin and get him on board. And then we were lucky to find Vic Mahoney too and so that kind of relationship. And getting to set the set up the project and be the person who builds it. But then in trusting amazing directors to take it on from there was new for me but awesome.

Jenkins: You know, I don’t think it’s for me, for Carl, for Vic. We’ve all done it. We’ve all done it for ourselves and for other people. So I don’t think it was. It’s a sport we all know and I love. When I directed “Arrested Development,” I was a huge fan of the show. So, no part of me was like, “Let me change that.” No, I love the show. Let me do the best I can to live up to this show that exists in this world that exists. In this case, it took more creativity and engagement than that for sure from Carl and from Vic because it’s a newer, fresher, less discovered thing. But always as a director you’re going in with a different set of ground rules. Sometimes it’s completely your vision and sometimes your a butcher, even then you always have you know what the studio needs or what the financiers need. So it’s just the sport of directing, really.

Ryssdal: I want to take a little sideways step here and ask you about your risk tolerance and about something I read about you will quote you had about a project you didn’t take on and frankly I forget what it was, but the gist of your quote was, “Look, if I had taken this on and it had flopped, the reaction would have been different because I’m a woman versus me being a man.” And I don’t want to make too much of the Patty Jenkins, highest-grossing female director, “Wonder Woman,” blah, blah, blah thing. But there is a truth in there about Hollywood that I think you can speak to.

Jenkins: Yeah, there were some big blockbusters that I almost did along the road that I got the clear message that they were, that nobody thought they were going to do very well. And I said, “This is a major step back for me to do.” Because if I do it it’s going to become — listen, everything I do for better or for worse is a female director or female director, female director. And so it’s going to carry that shade with it of, you know, wow, rolled the dice on this and this female director did it and it didn’t work, when everybody knew that it wasn’t going to work in the first place. So that changes my attitude towards, you know, towards — and there’s been a million of them, of projects that I’ve talked about that people were like, “Well, it’s just, you know, it’s a step in a progression” or “It’s, you know, we’re just going to try and do this remake” or something. And, you know, yeah, definitely makes me more cautious. It doesn’t mean that I go into films being confident that they’re certainly going to succeed. “Wonder Woman” was probably the riskiest movie that I could have taken on, but I believed in it and I believed that I had a shot. And so that’s all you can do.

Ryssdal: It’s so interesting that “Wonder Woman” … and it makes sense, right, in retrospect that it was risky, but you look at the way it came out and you’re like, “Holy cow, man. What a film.” I mean, we talked about this at the Vanity Fair thing. I cried in that movie where she’s walking across the World War I battlefield, was like, “Oh, my God, this is amazing.”

Jenkins: Thank you so much. I love that. That just means so much to me, I cannot tell you. That blows me away every time. To have that engagement with people is mind blowing.

Ryssdal: All right, so cut to the chase here, when’s “Wonder Woman 2” coming out because …

Ryssdal: All right. It’s not going to slide or anything?

Jenkins: Thank you, Kai. Great to talk to you Kai, always.