Some facts about the finances of furloughed federal workers

Some facts about the finances of furloughed federal workers

As the partial government shutdown is about to enter its 35th day, here are a few facts about the hundreds of thousands of affected federal workers: 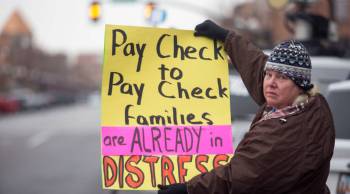 How the shutdown is affecting child support payments