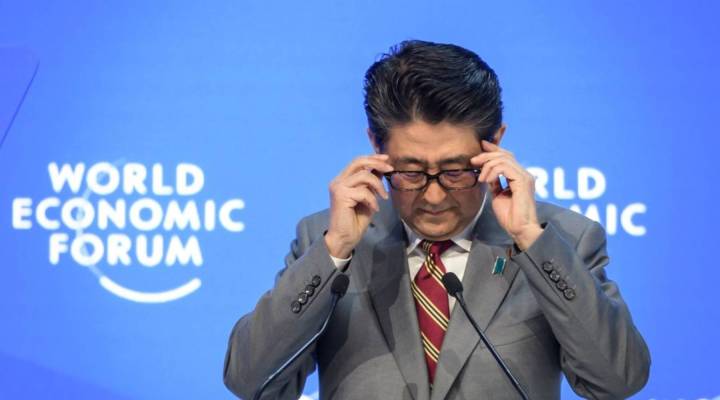 Japanese Prime Minister Shinzo Abe told an audience at the World Economic Forum in Davos, Switzerland that the free flow of data is the key to driving global economic growth in the future.

“It will bring about a new reality for humanity. Our cities will be made much more liveable for all sorts of people, from all walks of life,” he said.

Prime Minister Abe’s pitch is for all countries to agree on a data sharing mechanism, which could help develop the smart cities, supermarkets and entirely automated, high-precision factories of the future. All of this comes as Japan’s economy, the world’s third biggest, is grappling with the impact of slower global growth amid ongoing trade issues for China. Data released Wednesday showed exports in December slowed at the fastest rate in two years as its shipments to the world’s second-biggest economy saw a sharp decline.

“Japan really wants to be a world leader when it comes to artificial intelligence which relies on huge troves of data. This data cannot be gathered by one country alone because for machine learning to work, you need vast amounts of data gathered from individuals and companies in order to teach machines to think like humans,” said BBC correspondent Joe Miller.