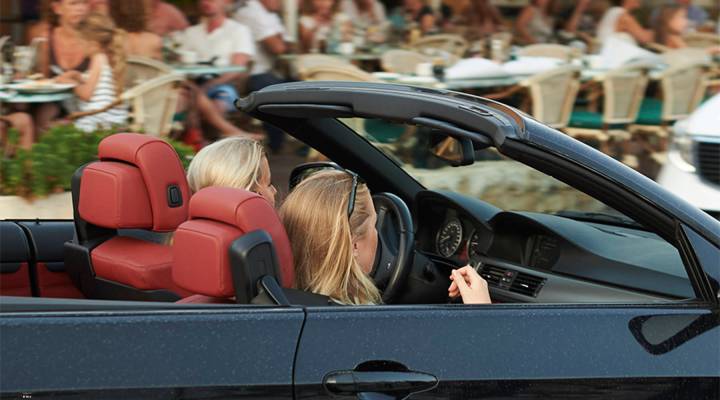 COPY
"It's much harder for a teenager to be able to afford a car or pay for the costs of driving than was the case 20 years ago,” said Robert Foss, director of the Center for the Study of Young Drivers at the University of North Carolina. Carlos Alvarez/Getty Images

"It's much harder for a teenager to be able to afford a car or pay for the costs of driving than was the case 20 years ago,” said Robert Foss, director of the Center for the Study of Young Drivers at the University of North Carolina. Carlos Alvarez/Getty Images
Listen Now

Juan Perez has worked with teenagers at the Boys & Girls Clubs in Western Pennsylvania for years. Now 44, he remembers being a teenager and waiting to drive.

“When I was a kid, you got your license the day you could,” he said. “It was a rite of passage, once you got to a certain age.”

But for today’s teenagers, Perez said driving isn’t a big priority, thanks in part to social media.

The economics of driving have also changed, especially for those under 18. States now require more hours on the road with a licensed driver before a juvenile driver can get a full license. Drivers education classes can cost hundreds of dollars. And once you have a license, there’s gas, insurance and access to a car.

“It’s much harder for a teenager to be able to afford a car or pay for the costs of driving than was the case 20 years ago,” said Robert Foss, director of the Center for the Study of Young Drivers at the University of North Carolina.

And becoming a licensed driver is harder still for teenagers of color. According to the most recent data from AAA, two-thirds of white teenagers are licensed by the time they’re 18 compared to 37 percent of black teenagers and 29 percent of Hispanic teens. Part of that decline happened in the aftermath of the financial crisis, when it was harder for everyone, including younger people, to get jobs.

“Now that we have seen the economy begin to recover, teen driving is ticking back up again, but it’s still much less prevalent than it was 30 or 40 years ago,” said Robert Puentes with the Eno Center for Transportation.

For 16-year-old Rodrigo Corral, who lives in suburban Pittsburgh, it may as well be 2014. He’s saved up for a used car and would like to drive himself to soccer, basketball and football practice and to his volunteer shifts at the Boys & Girls Club. But he still doesn’t have a permit.

Rodrigo Corral, 16, plans on delaying getting his driver’s license until he turns 18 to defray insurance costs.

“A car is a one-time thing,” Corral said. “Meanwhile, insurance is almost about $300 per month for a driver under 18. And that’s just so much to take on, especially at this age.”

Perez runs financial literacy workshops at the Boys & Girls Clubs, where he helps kids learn to budget. He said not being able to drive can affect job opportunities as they get older — especially for people who live in areas with poor public transportation and fewer high-paying jobs.

Perez tells teenagers to get their permits, even if they wait until they’re 18 to get a license so they can take advantage of fewer driving requirements and cheaper insurance.

That’s what Corral is planning to do.

“I would get the permit and then I would keep the permit until I’m 18,” he said.

Even so, he has limitations that aren’t just financial. His mom, Jane Corral, has her own concerns.

“He’s a big, heavy texter on his phone, so it kind of worries me that he might be on his phone or something while driving, and that’s a big proponent for me to say not right now,” she said.

So for now, Rodrigo has to endure one of the many indignities of being a teenager — getting carted around by his parents.