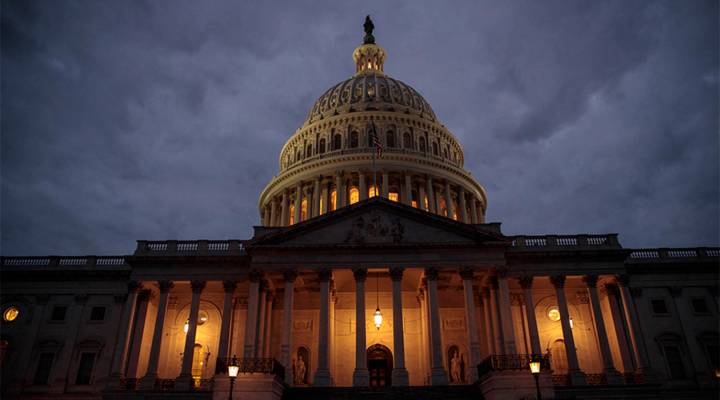 The economic effects of the government shutdown aren’t limited to federal employees. Writing on behalf of the U.S. Chamber of Commerce, Neil Bradley, the executive vice president and chief policy officer, penned a letter to Congress and the Trump administration listing the “adverse consequences of the shutdown.” Bradley spoke to Marketplace host Kai Ryssdal about the letter and what the Chamber is hearing from businesses. The following is an edited transcript of their conversation.

Kai Ryssdal: So this letter goes out under your signature a couple of days ago, you say with each passing day the situation will only get worse — talking, of course, about the shutdown. What are you hearing from your members about how bad things are getting?

Neil Bradley: Literally each day we hear from a new company who’s encountering some problem that they didn’t anticipate. We hear about small businesses, for example, who can’t get an EIN  number from the IRS to actually open up and start doing business.

Bradley: Exactly. We hear about companies who are waiting on permits to sell goods that they’ve already produced that they’re waiting to ship but maybe they need a permit from the Department of Treasury because there are a craft brewer. They can’t get permits. They’ve got product that’s simply sitting in warehouses unable to ship to consumers.

Ryssdal: The other thing you say in this letter, Neil, beyond that it’s time to end the shutdown and get the government fully back to work, you devote a whole paragraph to the immigration system and how broken it is. My supposition is that you at the Chamber want immigration fixed as a larger part of resolving the policy differences in Washington.

Bradley: We do. It’s long past time to fix our broken immigration system, to take some common sense steps like providing protection for DREAMers, for example long-term beneficiaries. But our overarching point is, it’s time to get the government open. We’re doing too much harm to American families and businesses.

Ryssdal: OK, so look, apologies for poking you in the eye on this one, but you as the executive vice president of the U.S. Chamber of Commerce have written this letter; your boss, the CEO Tom Donohue, went on a different public radio program, Weekend Edition Saturday this weekend, said basically the same thing. And yet the president of the United States is ignoring the U.S. Chamber of Commerce. What does that tell you?

Bradley: Well he’s ignoring lots of people, right? We’re not the only ones saying that there are problems with having the government shutdown. He’s increasingly ignoring that large number of members of his own party. Listen. He has priorities. And we share on some of those priorities. But a government shutdown isn’t bringing us any closer to a solution on immigration. These are days in his administration that he’s never going to get back. So we’re hoping that both parties come together, find a solution, and get us out of this mess.

Ryssdal: The Chamber came out the other day with something that caught my eye. It was a change to your grading, I guess, of political candidates. And you know, you, like many other interest groups in Washington, grade political candidates and incumbents on how they vote on your issues. And you now are explicitly saying, and this is a change, that you will take into account bipartisanship when you start grading these candidates. Why? What’s changed for you that you think this is now important?

Bradley: Well, one of the biggest problems we face is that elected officials seem to get punished more often than rewarded when they work across the aisle. We’d like to change that dynamic. So we decided to have that reflected in our score. You know the old adage in business is that you know you measure what you value. Today, there’s a premium on bipartisanship, so we’ve decided to measure it and make it part of our scorecard.

Bradley: Well I tell you there’s a lot of stuff we haven’t gotten done that we really want to see get done. Infrastructure for example, immigration reform which we’ve already talked about. They’re going to happen because parties come together and they work across the aisle. And they also happen to be three of our top priorities for the upcoming year.

Ryssdal:  How long do you think this shutdown goes?

Bradley: You know it’s hard to say. I would have predicted that it would be over by now when it started. But right now it’s it’s hard to see how this comes to a quick end.