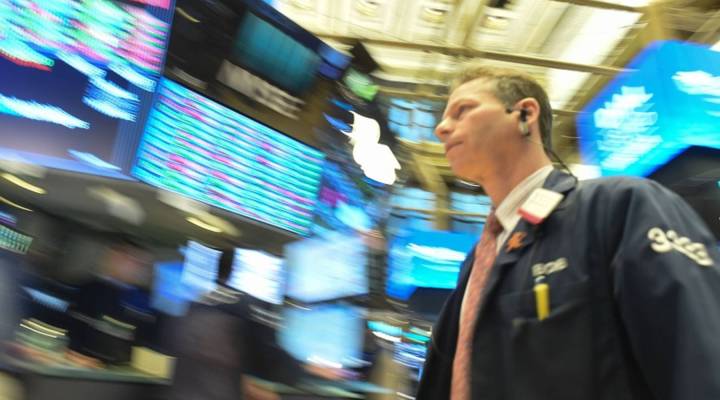 Hedge fund performance on average dropped by less than the S&P 500 in 2018, according to Hedge Fund Research. Above, traders work on the floor at the New York Stock Exchange. Bryan R. Smith/AFP/Getty Images

Hedge fund performance on average dropped by less than the S&P 500 in 2018, according to Hedge Fund Research. Above, traders work on the floor at the New York Stock Exchange. Bryan R. Smith/AFP/Getty Images

The last few months have been a roller coaster for stock markets. While that was nerve-wracking for most market participants, it was welcome news for big funds designed to hedge against market turbulence.

Data out this week from Hedge Fund Research show that last year, hedge fund performance on average dropped by less than the S&P 500.

But that success caps off a turbulent year for many other hedge funds. Some prominent funds saw double-digit losses. Others closed up shop.

Nicole Boyson, a finance professor at Northeastern University, said in general, hedge funds have had a tough time justifying their expensive fees when stocks have performed so well ever since the financial crisis of 2008.

“When you have a really long bull market, investors are paying you 2 percent management fee and 20 percent incentive fee, [you’re seeing] some outflows and you see some managers just getting frustrated,” she said.

Pensions, wealthy investors and endowments invest in hedge funds for protection from market swings. Hedge funds try to avoid perfect correlation with the broader stock market, utilizing a number of methods, such as short trading and derivative trading.

A bunch of big-name hedge funds closed their doors in 2018, including Highfields Capital Management and SPO Partners.

And while other funds didn’t shut down, many simply tanked in 2018. Greenlight Capital  lost 34 percent.  The activist hedge fund Third Point lost 11 percent.

“Many of the leaders of the highest market share leading hedge funds have been at it for 20 or 30 years, and those who have succeeded have generated a lot of wealth for themselves and are just choosing to retire,” Seides said.

He said hedge fund strategies are still in high demand, but most of that money is invested with large funds with long track records, rather than new funds. And if longtime managers keep retiring, newer managers with smaller track records will have a tough time attracting investors.