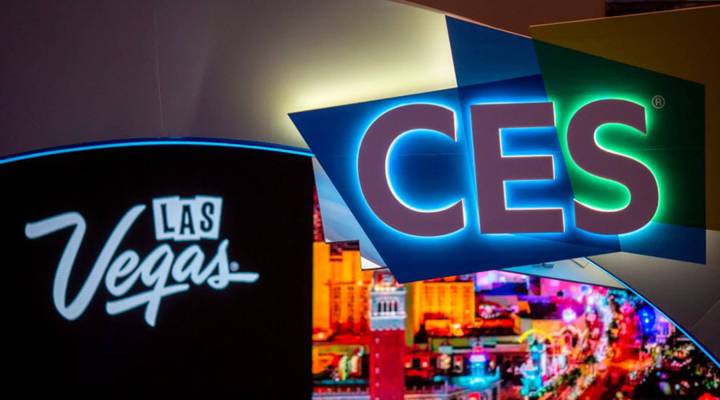 The CES logo is seen inside the Las Vegas Convention Center during CES 2019 in Las Vegas on January 8, 2019. DAVID MCNEW/AFP/Getty Images

The CES logo is seen inside the Las Vegas Convention Center during CES 2019 in Las Vegas on January 8, 2019. DAVID MCNEW/AFP/Getty Images

If tech is your thing then the Consumer Electronics Show is probably your personal version of heaven. This year’s CES, as it’s known, opened in Las Vegas Tuesday, showcasing the latest innovations and developments in technology.

Marketplace Tech’s Molly Wood is there — you can follow her discoveries on Instagram or Twitter — but in the meantime here are some things you need to know about CES.

It’s the largest tech trade show in the world

Since it first rolled onto the scene in 1967, the Consumer Technology Association’s CES has entered the global consciousness. Last year alone over 180,000 people attended CES from more than 150 countries. Over 4500 companies exhibit at the tech symposium — everything from TVs to baby tech.

If you’re attending, take your walking shoes. CES 2019 has 11 separate venues and sprawls through 2.5 million net square feet of the Nevada desert.

Admission this year  — which includes registration, access to the show floor, keynote addresses and certain pre-selected sessions — set attendees back $300. For those that went all out, CES cost up to $1700.

But beyond logistics, admission to CES is restricted to members of the tech industry. So for all you folks trying to sneak in, you’ll have to stick with live streaming or roundtable wrap-ups throughout the course of the week.

Some of the biggest innovations in tech are unveiled at CES

The tech of future’s past have been put on display for the world to see. In more recent history, new innovations such as 4K televisions and autonomous vehicles have been unveiled.

Expect the wild, the wacky and the wondrous

But can I smell it?

Developer DigiScent tried to answer just that question at CES 2001 when they unveiled the iSmell. Think a 3D printer, but for your nose.  Connected to your computer through its USB port, DigiScent promised its consumers 128 different scents depending on the site you visited.

This year, so far the CES buzz is around Bread Bot and a text-enabled self-cleaning litter box. And we’re only on day one.

As in years past, some of the biggest conversations at CES 2019 will revolve around “the next big thing.” Although it’s impossible to predict what tech firms will unveil, trends and the rumbles of new gadgets and hardware have been floating around the internet for weeks.

Expect 5G, smart tech and IoT to make their presence known at the show. Also keep an eye on TVs too, even if they are commonplace at the show. This year, LG unveiled a rollable 4K TV. I mean, it’s a TV. That rolls. Like a yoga mat.