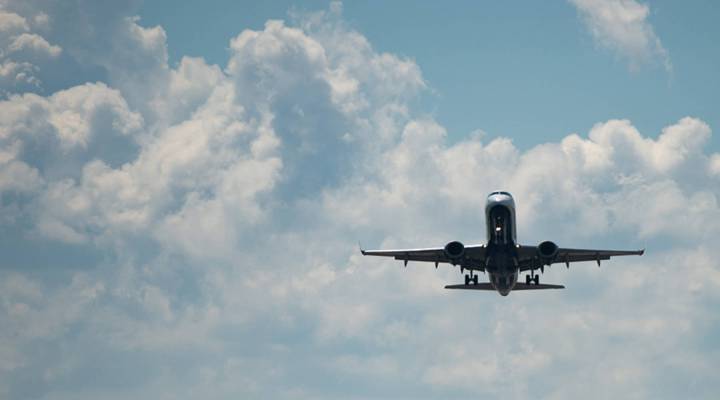 This is just one of the stories from our I’ve Always Wondered series, where we tackle all of your questions about the world of business, no matter how big or small. Ever wondered if recycling is worth it? Or how store brands stack up against name brands? What do you wonder? Let us know below.

Listener Jeff Sorensen, a web developer at Iowa State University in Ames, asks why it sometimes costs less to fly to a distant destination with a stop at a connecting airport than it would to just buy a ticket for the first leg of the trip.

So the airline would fly him 1,400 miles farther, plus take off and land one more time, for $10 less.

“To be honest, I have never understood airline pricing structures,” Sorensen said.

We’ll try to figure them out.

First, when a person travels by bus or train, the ticket typically costs more the longer the distance one is traveling.

But with that said, for airlines, “Distance doesn’t really come into it,” said Henry Harteveldt, an industry analyst at Atmosphere Research Group in San Francisco.

It doesn’t cost an airline twice as much to fly a passenger twice as far. Once a plane’s in the air at cruising altitude, the cost for additional fuel isn’t very significant.

“There are times you will pay more to fly from Portland to San Francisco than from Washington to Hong Kong. Over the long term, if an airline had to sell tickets to Hong Kong for $400 or $500 each way, that route just wouldn’t be viable. But in the short term, if that’s what they have to do to fill seats, they will.”

Kaplan said that a ticket’s price at any given moment isn’t primarily based on the airline’s cost to fly a passenger from here to there, but on how many other people have already bought tickets to fly that route, how many seats are left and how long before the day of travel.

“They look at empty airline seats when a flight takes off kind of the way a bakery looks at bread at the end of the day,” he said. “Spoilage, airlines call it. The airline’s going to take something for that seat rather than get nothing at all for it.”

In the end, what determines airline fares is a complicated balance of supply and demand, and how much competition there is between airlines to service that supply and demand on a moment-to-moment basis, Harteveldt said.

“Airlines are the industry that pioneered revenue management — how to price each individual seat on each flight to extract the maximum economic value,” he said.

Hartevelt said there may be several reasons for the airline fare that Sorensen found — a ticket from Des Moines to Phoenix costing more than a Des Moines-Phoenix-Seattle flight: “Des Moines to Seattle may actually have more competition on it. There may be multiple airlines that can take you there through different hubs. And it’s possible there could be a budget airline.”

Harteveldt said that in the 1990s, several airlines tried to roll out pricing systems based in part on distance traveled.

“It lasted about a nanosecond. A longer-distance route that has more competition just has that much more battling going on between carriers for those customers. So it’s best not to think logically when you’re looking at airfares, because you’ll only drive yourself crazy.”