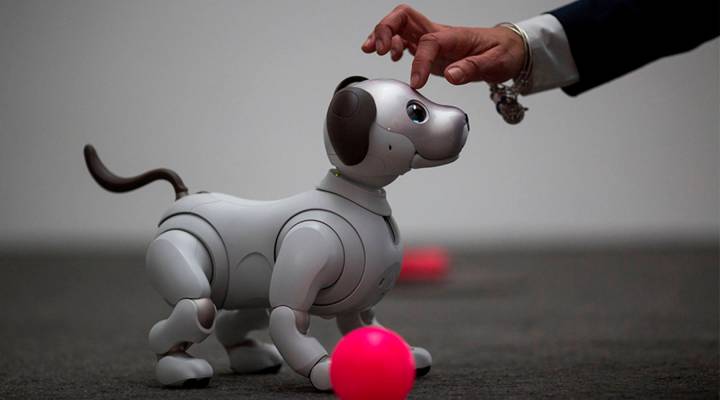 If you live in a city with a lot of tech companies, expect that city to be pretty empty next week. That’s because tens of thousands of people are headed to Las Vegas for the annual tech trade show, CES. It’s the place where companies roll out their newest technologies, from huge televisions to gaming laptops to virtual reality gear to Wi-Fi connected plant feeders. It’s all there, but the tech industry has also changed a lot in the many years that CES has been happening. It’s not just all about the gadgets anymore, says Nicholas Thompson, editor-in-chief of Wired magazine. Marketplace Tech host Molly Wood talks with Thompson about what to expect at the trade show this year and how the show’s changing focus is reflected in its rebranding, from the Consumer Electronics Show to simply CES. The following is an edited transcript of their conversation.

Nicholas Thompson: Gadgets still matter, but the gadgets matter a little bit less than the [artificial intelligence], what’s in the cloud, the software, right? The relative balance of power between hardware and software has shifted a little bit toward software. So if you have a big hardware conference, it’s a good time to rebrand it a little bit.

Molly Wood: We’re going into CES at this moment when Facebook and Google and Amazon and even Apple have been met with more skepticism from consumers, particularly around privacy. How do you think that might be reflected this year at the show?

Thompson: I think privacy will be one of the main themes at CES, and I think this will be the first year where we see that, where you’ll see a lot of gadgets where they talk about when the camera comes off or how easy it is to turn off tracking or how privacy has been built in to protect your data. Because there’s always this tension. Gadgets like to say, “Here’s all the data we’re collecting, and here are all the amazing things we can do with it.” And this year they will be saying that — and also “We’re going to be limiting the data that we’re collecting so that we don’t end up screwing you over on privacy.” That will be a new thing, and it will be because of Facebook and because of the crazy tech backlash of the last year.

Wood: And then what about tech competition? I mean, there’s a sense I think as a human in the world that tech is just an oligarchy, that there are five companies that you deal with and that is it. And yet there will be 4,500 exhibitors at CES. Do you go they’re thinking “Maybe I will actually see the next Facebook or a competitor to Alphabet?”

Thompson: No, because I don’t think there will be a next Facebook or a competitor to Alphabet. They’ve locked in their monopolies, and they’ve got pretty big moats around them. But what you say I think is really important, because one of the things I like about CES is that it’s not just a big Amazon-Google-Microsoft show. You’re seeing all these small, surprising companies that might go out of business. You’re seeing device makers you’ve never heard of. You know, so much of the tech industry and so much of being a tech industry reporter is living in this bubble where you spend half or more of your time looking at these five companies, and it’s good to be able to break away and go to Las Vegas and spend 10 percent of your time on them and 90 percent on all the other weird, fun, crazy stuff that’s out there.