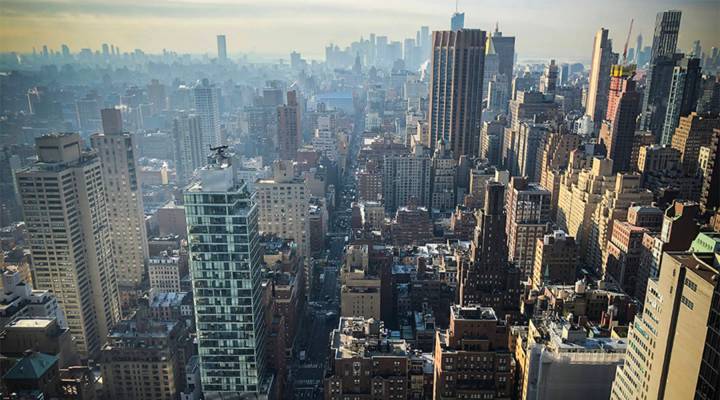 Christa Chi sells Manhattan apartments and homes for a living. So when she listed her one-bedroom midtown apartment in August 2017, she expected buyers to jump. The place had rooftop access and a doorman, so she thought a price of $745,000 made sense.

“I was saying, ‘Well, everything is new. It’s got light. It’s got space. Maybe I can command a premium.’”

Chi, who works for Elegran Real Estate, a firm based in the same neighborhood, could not. It took her seven months to secure a buyer. She declined a lowball cash offer, pulled the property off the market, relisted it, then dropped her asking price to $660,000 before finally selling.

According to the real estate brokerage Stribling & Associates, the median sales price for Manhattan property fell 4.4 percent in 2018.

Garrett Derderian, director of data and reporting for the firm, said part of the reason is because a lot of new development has given buyers options.

“With the supply so great, buyers who are entering the market, they want to negotiate,” he said.

Derderian found that Manhattan properties spent more time on the market in 2018 than they had in six years. This, he said, is because sellers were hesitant to lower asking prices. He said he has found that sellers have had to reduce their prices two to three times before finding a buyer.

“It’s harder to convince a seller that we’re no longer in the peak of a market and really that prices have come down in Manhattan,” he said.

He added that wealthy foreign buyers who have in the past purchased property have been holding out because of uncertainty about the market.

A study out this week from a real estate brokerage Douglas Elliman reports that in the final quarter of last year, the median sale price of a Manhattan home dropped below the million-dollar mark for the first time since 2015.

Steven James, CEO of the New York City office, added that the new federal tax law, which puts a cap on property tax deductions, has made buyers wary of high property taxes.

“The justification for paying the high taxes was that you got a big, hefty tax deduction on that. That isn’t the case anymore,” he said.

Douglas Elliman expects prices to continue to fall this year.

Meanwhile, the cost of housing in parts of Brooklyn just got a boost. New York Gov. Andrew Cuomo announced that the subway line that serves a swathe of the borough will not close as planned in April to repair damage caused by Hurricane Sandy. Instead, engineers will keep trains running as they repair the tunnel. The planned closing had caused rents and home prices in the trendy Williamsburg neighborhood to flatline.

Correction (Jan. 4, 2019): A previous version of this story misidentified Steven James’ title. The text has been corrected.