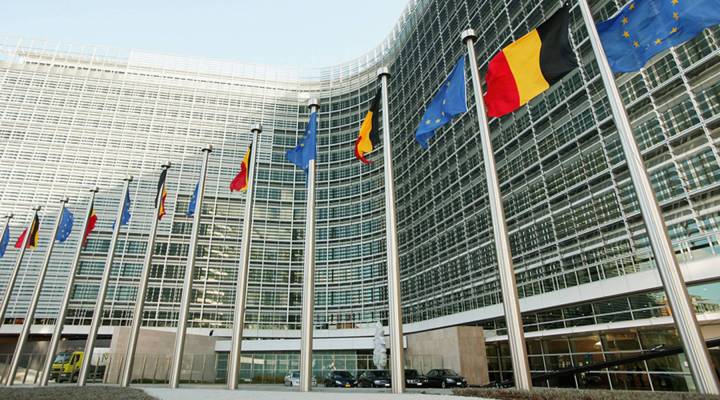 The Berlaymont building, the headquarters for the European Commission, in Brussels. Mark Renders/Getty Images

The Berlaymont building, the headquarters for the European Commission, in Brussels. Mark Renders/Getty Images

Some European nations such as Greece and Ireland have made great strides economically since the low point of the European debt crisis a few years ago. Headwinds remain, however. Populism threatens economic stability in some nations, and some established national leaders are preparing to move on voluntarily or risk being ejected by discontented citizens. Here are a few of the issues that will play out in 2019 in Europe:

Brexit is the big European event in the coming year. The United Kingdom is scheduled to formally leave the European Union on March 29, 2019. If the British and European parliaments approve an exit agreement before that date, the U.K. will have a 21-month transition period (which could be extended) in which to agree a new trade deal with the EU. During the transition, nothing much would change. The U.K. should continue to enjoy “frictionless” trade with its 27 EU partners.

But the British Parliament has given every indication that it will reject the exit agreement. And so the U.K. economy could be headed for what many economists describe as “the cliff edge” and “a catastrophe” as the country crashes out of a 45-year-old economic relationship. The U.K. government and the EU’s executive arm in Brussels are pushing ahead with plans for such a no-deal Brexit.

Britain’s top five business organizations say they are watching all this “in horror” and are forecasting long delays at the ports, severe disruption in supply chains and massive economic dislocation. Since the EU has an 80 billion euro trade surplus with the U.K., the bloc could suffer, too.

Brexiteers say, “No problem. Don’t panic. The U.K. will be fine. And we’ll be free.”

France has been the hardest EU bargainer over Brexit but may be in no position in 2019 to relish the discomfiture of its ancient foe. The last few weeks of 2018 have been a very rocky time for France’s reforming President Emmanuel Macron. Protesters wearing yellow high-visibility jackets (the “gilets jaunes”) threw up roadblocks, fought running battles with the police, smashed shop windows and set fire to cars in towns and cities across France.

The explosion of anger was initially triggered by a planned tax increase on diesel but turned into a wider protest movement against a squeeze on living standards blamed on Macron’s economic reforms. The glamorous and ambitious young president is trying to liberalize the French labor market and slim down the country’s bloated public sector.

And not just for the sake of France. There’s a European dimension to this. By whipping the French economy into better shape, Macron hopes to encourage Germany to move closer to his vision of a much more closely integrated European Union, with far more mutual burden sharing between the member states and, in the process, save the EU from disintegration.

Thanks to the gilets jaunes, however, all that could be in jeopardy in the year ahead. Macron has had to buy off the protesters by scrapping the fuel tax increase and introducing higher benefits for low-income seniors. This has blown a hole in the government budget and widened the deficit, sending it way above the level allowed under EU rules, and way above the level that Italy has just been pressured into accepting. That’s dented Macron’s image as Europe’s most dynamic and powerful young politician and cast doubt on his role as savior of the European Union.

Italy enters 2019 with one significant cloud dispelled from its economic horizon: The country has just settled its long-running dispute with the European Commission, the EU’s administrative arm in Brussels, over the size of its budget deficit. The government in Rome has agreed to lower its planned spending for the year ahead, although not by as much as the commission was demanding.

The agreement has lifted the threat of fines and other punitive measures by the commission that might have undermined investor confidence in Italian government bonds and reignited the eurozone debt crisis. But Italy is not entirely out of the woods. The euro-skeptic government has postponed and not cancelled two controversial flagship policies — providing a universal income for poor Italians and lowering the retirement age. EU commission officials had expressed concern about the long-term cost of these policies.

Italy remains the eurozone’s second-most heavily indebted eurozone country (after Greece). Many of its banks are in a fragile state; and its government bonds will soon be losing an important prop as the European Central Bank ends its emergency program of bond purchases. 2019 could be a challenging year for Italy.

Greece leaves 2018 in better shape than for many years. Indeed, EU officials say that the bloc’s most heavily indebted and financially stricken member state has staged a “marvelous comeback.” Its public finances are under control. Its economy is growing again. Unemployment has fallen and, the country has exited the last of three multibillion-euro bailout programs because it is now considered able to stand on its own two feet.

But you won’t hear many resounding cheers in Greece. The crisis that erupted almost a decade ago has left deep scars. The economy is 25 percent smaller than 10 years ago; a third of the population lives below the poverty line; 400,000 young people have emigrated; and youth unemployment remains stubbornly high at close to 40 percent. Greece continues to buckle under a crushing burden of public debt (its debt is equal to 180 percent of its gross domestic product) and many economists say that if there’s a major shock like a no-deal Brexit or a banking collapse in Italy, Greece will be quickly engulfed by a debt crisis once again.

Europe’s largest and most critical economy is not in the best of health as 2019 dawns. It contracted in the third quarter of 2018 — the first quarter-on-quarter fall since 2015 — and many investors do not expect a rapid recovery. Weaker exports are largely to blame. Global trade disputes and softening demand for cars in China have taken their toll, and that effect is likely to continue.

Brexit is another possible threat in the coming year. A no-deal Brexit would hit Germany especially hard, as the U.K. is the largest export market for German cars, with the Brits buying more than $20 billion worth last year.

Decisive political action in Germany to counteract the downturn may not be forthcoming as the woman who’s dominated German politics for a decade and a half begins to fade from the scene. Chancellor Angela Merkel has given up her leadership of the Christian Democratic Union party and has embarked on a long goodbye. She plans to step down as chancellor before the next election in 2021–2022. Her replacement as party leader is seen as a continuity candidate. She has been widely derided as a “mini Merkel” and deemed unlikely to revive support for the CDU, for which support has dropped from 40 percent to 30 percent in recent years.