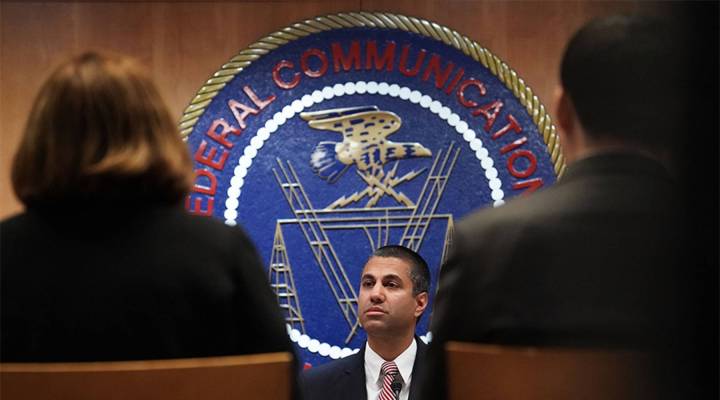 This week we’re looking ahead at what to expect in tech and business in 2019. Today we’re diving into tech policy and regulation. There’s the possibility of federal privacy legislation, net neutrality is still on the table, tons of state laws are in the works, and, in 2018 we saw the first big challenges around Section 230, the law that says tech platforms aren’t legally responsible for everything that gets posted on their platforms. That language in Section 230 is really crucial to the digital economy. But in 2018, Congress passed a law holding Google, Facebook and others responsible for sex trafficking posts on their sites. Molly Wood spoke with Cecilia Kang, who covers tech policy for The New York Times. She asked her what to expect next as Section 230 matures along with the digital economy. The following is an edited transcript of their conversation.

Cecilia Kang: So you hear lawmakers saying — “Enough. These companies are so big, they’re so wealthy and they should be responsible for what’s happening on their websites.” So you’ll hear much more of this. As to whether that translates into an actual bill that becomes law is a whole other question. It will be difficult. But I will say, the sex trafficking bill that passed this year was one of the only pieces of legislation that has passed in Congress so unanimously. They had so much support from both sides of the aisle in both chambers. And so you can see that one thing that’s really changed over the last two years in Washington is that the general sentiment toward the tech industry and this feeling that Big Tech, the biggest tech companies, no longer should be completely immune of regulation.

Molly Wood: What is next in the push to potentially restore net neutrality or come up with some sort of legislation? Do you think Democrats will take up that cause?

Kang: The thing about net neutrality is it’s so messy. There’s so many lawsuits right now on the federal level. There are actually several different lawsuits from different federal orders. So I think the first thing to happen is for the cases to go through the courts but after that I think you will see more determinative action in Congress. And meanwhile you will continue to see states enacting their own laws.

Wood: And then is there anything else, anything you predict or any surprises that might come up in the legislative branch in terms of regulation that you foresee in 2019?

Kang: You’re going to see how the backlash toward big tech companies, the biggest ones in particular will play out. So I think what you’re going to actually see is more action taking place in the way of investigations when it comes to privacy violations. You’re going to see other companies potentially sort of get wrapped up in federal investigations at the FTC, potentially at the DOJ, and by state attorneys general. And also class action lawsuits. That’s where I think you may see the biggest sting: lawsuits and actions and investigations, in lieu of real regulation. This is not to say that there won’t be any regulation. I think you’ll definitely see in 2019 the beginning of frameworks for real laws that will come into place.