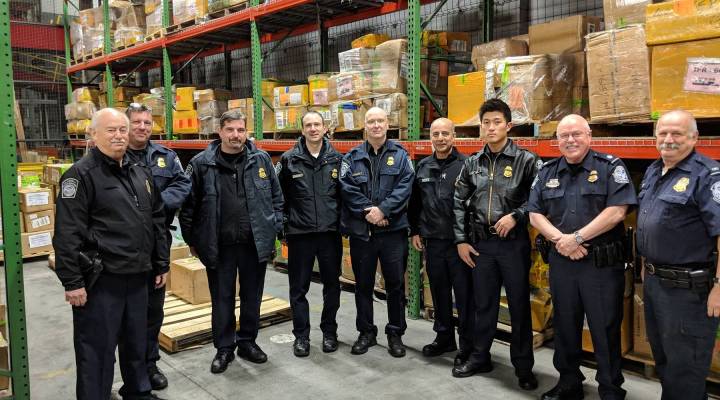 Customs officials struggle with the uptick in volume of goods shipped into the U.S.

Customs officials struggle with the uptick in volume of goods shipped into the U.S.

This time of year more packages than usual are being processed at mail hubs all over the country. And much of that stuff has been ordered online. The number of Americans buying online has skyrocketed in the last couple of decades. And more and more of those items are shipping to us direct from abroad. International mail shipments have jumped 200 percent over the past five years, according to Customs and Border Protection.

Still, when we order something on a website, most of us don’t even think about where it’s coming from.

Seth Kaplowitz, who lives in north county San Diego California is a keen cyclist. A few years ago he was looking for caribiners – little hooks he uses to hang stuff on his bike. First he went to a big outdoor retailer’s website.

“I looked at all the carabiners and they were really expensive for what I wanted to accomplish,” he said.

So he started shopping around and quickly found some more affordable ones – for about a buck fifty a piece. As he placed his order he noticed the shipping time seemed longer than usual.

A law that went into effect in 2016 says as long as the goods are valued at $800 or less, they can enter the U.S. duty free.  (This applies to one package per person per day).

It created a major incentive for foreign sellers to sell direct to American consumers online. But it’s also an incentive for shippers with less benign intentions.

At a cavernous warehouse at JFK Airport customs officers cut into box after box that had arrived from China and Hong Kong under the direction of Frank Russo, the port director for Customs and Border Protection at the airport. As he watches, the officers pulled out fake Gucci wallets and handbags, imitation Michael Kors belts and watches and fake Timberland labels ready to be fixed to boots.

Russo said last year 13 million international packages arrived at the airport claiming to be under $800 in value. This year that number is up to almost 23 million packages.

“So a 75 percent increase right here at JFK,” he said.

Dealing with that uptick in volume is a huge challenge to customs officers who have to decide what to pull out for inspection. Last year officers at JFK did a five-day blitz on small packages coming from China. The contents of almost half were found to break the law. Russo said that in those five days, officers found six shipments of fentanyl, along with plenty of counterfeit goods and agricultural violations.

And that’s not the only problem. Savvy retailers realize that if they break large shipments of goods down into smaller packages worth less than $800, they can avoid expensive duties.

“So it’s starting to make sense for particularly goods that would be otherwise a very high rate of duty, to position them north or frankly south of the border,” explained Amy Magnus, who directs customs compliance and affairs for A.N. Deringer.

She said the U.S. seller doesn’t pay duties when their goods are parked in a warehouse in Canada or Mexico. So that big shipment of shoes, for example, can stay on the shelves, and then wait for a U.S. buyer to order a pair online. The buyer chooses their shoes for a hundred bucks, say, clicks purchase and those shoes are packed up and trucked over the border pretty quickly, and duty-free.

So while good things come in small packages, there could be a hidden cost. 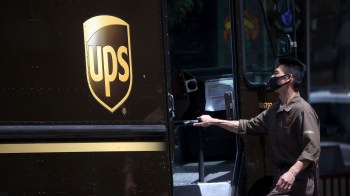 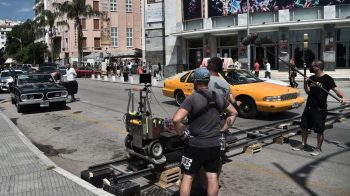