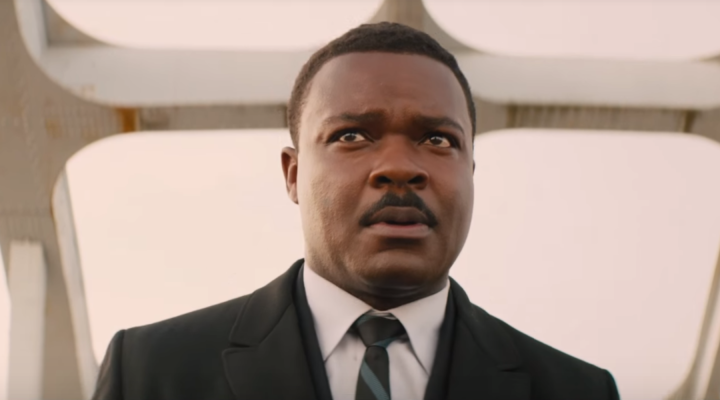 COPY
A still from the 2014 film "Selma." Paramount Pictures/YouTube
How to be a...

A still from the 2014 film "Selma." Paramount Pictures/YouTube
Listen Now

Everyone has a dream job growing up: doctor, vet, ice cream taste tester. But how do you actually get the gig? Marketplace is looking into how with the occasional series “How to Be a …”

An iconic TV or movie moment is often more than great acting or direction: the right music at just the right moment can heighten emotions, reveal what the dialogue doesn’t, and push the story forward.

But while the actors who performed the scene and the musicians who played the song might get all the glory, there was someone who dug through the record crates to find the perfect song for that moment. They’re called music supervisors, and Morgan Rhodes is an expert at it. Her job not only includes sourcing the songs for a given work, but securing the rights to use them.

Rhodes’ career began when director Ava DuVernay heard an audition of hers for a radio show. DuVernay then asked if she’d be interested in music supervising “Middle of Nowhere,” which eventually made it to the Sundance Film Festival.

“That moment sitting in Sundance, watching that film with people and having them react to the music, was the moment I thought: maybe I could do this,” Rhodes said. “I don’t want to have to tell my mother that I went to college for nothing.”

To succeed in this field, Rhodes said you need patience, a good relationship with record labels and artists, and a passion for — of course  — music.

“The best piece of advice I got was quite simple: three words. Listen to everything. I would say make sure that you love both music and other forms of visual media, especially film and television,” she explained.

“Love” being the key word here.

But when you’re trying to construct the perfect moment, you shouldn’t let the music overshadow the narrative.

“Sonically speaking, it’s like not killing a good outfit with bad shoes,” she said. “You have the responsibility of holding that moment in your hands and making it so that it builds the story and it builds that moment.”

You can see how that delicate balance works by checking out some of Rhodes’ work below. She shared five of her favorite scenes that she’s chosen the music for.

“[Sister Gertrude Morgan] was from Louisiana. She was a traveling evangelist, and at a pivotal scene in the film where Martin Luther King and his closest confidants decide they’re going to march to the Capitol, they’re going to march through, we play her song: ‘I Got the New World in my View.’ It’s very, very powerful, beautifully directed and beautifully shot. And you have Martin Luther King, his closest confidants, his supporters behind him, the people walking through the city. And it just, I mean, it gives me chills thinking about it right now, because we know that they’re going to — this is the beginning of the fight for their rights and their freedom. And they just walk through silently and it’s Sister Gertrude Morgan’s voice saying, ‘I got the new world in my view,’ because I think they’re setting their sights on sort of a new world order. One that benefits African-Americans in this struggle — this precious struggle for civil rights.”

“[Queen Sugar] is about a family that owns a sugar cane plantation in Louisiana and there’s a lot going on with it. So I was successfully able to place a John Lee Hooker song called ‘Sugar Mama’ in there, and the scene plays as the patriarch of the family, Mr. Bordelon, is looking over all of his acres and all of his land, and he does not know yet that there’s going to be a very contentious fight for that property. And the song is pretty much on the nose: that they’re fighting for your sugar, they’re fighting for your sugar. And I just thought it was perfect. I didn’t think we would be able to use it, but we were.”

3) “Perfect Darkness” by Fink in “Middle of Nowhere”

For Rhodes, this is the movie is where it all started. Fink — an English musician and producer — was an “indie radio darling” at the time, she said.

“I’d played [Fink] on a couple of radio stations, because I’ve been on a couple. And the scene is sort of a montage where our main two characters are sort of falling in love, and they’re spending a day together. And the song is about submitting yourself to love, and it references brown eyes. And I thought it was perfect. I wanted to make unexpected choices across genres, and that was one. It’s sort of a bluesy, folky soul song that I thought fit perfectly.”

In this scene, the show’s main character Samantha White (played by Logan Browning) is reacting to racist comments from an online troll.

“Our lead character is a radio DJ. She’s one of my favorite characters to soundtrack, because our stories are very similar, except she can do a lot of things on her radio show that I couldn’t do. We have FCC to consider. So in the TV universe, she can play all kinds of stuff, and we licensed the ARC Choir and their song … which is the song from which Kanye West did his song ‘Jesus Walks.’ It’s the sample, it’s the original. And so we were able to use that, and it has a very powerful build without the drums. That song has been interpolated a lot and spread out a lot, but the original song is ‘Walk With Me’ and it belongs to generations of black folks, and so I loved using it years later in this instance.”

Back in 2011, the fashion brand Miu Miu launched a short film series called “Women’s Tales,” with each piece directed by a woman. (Ava DuVernay helmed this short.)

“In the opening scene, Gabrielle Union is laying on the couch and she’s sort of like lamenting this lost love, and the song says, ‘Do you think it’s right to walk away?’ And it’s just the way that it builds is very jazzy, so that’s one of my favorite moments.”