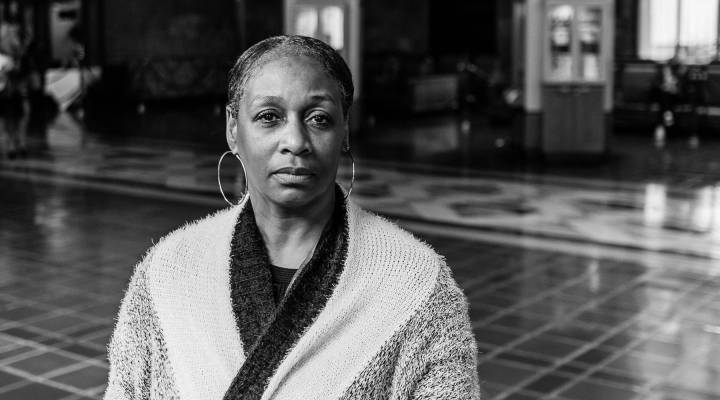 Latrice Collins, one of more than 500 participants in our How We Changed series. Bear Guerra/Marketplace
Divided Decade

Latrice Collins, one of more than 500 participants in our How We Changed series. Bear Guerra/Marketplace

Ten years ago, the economy broke, and today America is a much different place. For the past year, Marketplace has been collecting stories about how the financial crisis changed you. Below is the second installment in a two-part series detailing your stories. Click here to check out the first installment.

We received more than 500 submissions representing all 50 states and seven different countries.

Here’s what you told us…

There was a lot of news about real estate, retail, construction and banking being hit hard by the financial crisis, but we heard most from people in two other professions: teaching and law.

Many states cut education funding when the economy faltered, and in a lot of them, that funding still hasn’t returned to pre-crisis levels. Teachers wrote to us about pay cuts, buying their own supplies and the daily struggles of trying to earn a living.

@mle321: I lesson plan late at night, I grade in between waiting on tables, I spend my pocket money on rewards and lab materials for my class, I’m always exhausted, and I don’t see this changing anytime soon. That’s how I changed.

This prompted us to do our own reporting, and we were able to directly link the 2008 financial crisis to the headline-grabbing teacher strikes playing out across the country in 2018.

We also heard from lots of lawyers who had struggled to find work in their field for years. The Great Recession caused many firms to cut back on hiring, and a career path that once felt like a gateway to the upper class was suddenly much more arduous. Coupled with six-figure student debt, several would-be lawyers were forced to change careers.

Rick Lockett was one of them. He graduated from Tulane University’s law school in New Orleans in 2008 but couldn’t find legal work anywhere.

“All of my savings had been wiped out. I started couch surfing with friends. I had no money, and I needed to find work of any kind just so I could have a place to live.”

He eventually took a job as a doorman at a bar.

Lockett: I’ll be honest, it was kind of soul crushing. I entered into a pretty long period of depression. I really had no prospects of how I was going to dig myself out of this hole, and to a large extent, I still don’t.

Two of his classmates committed suicide, he said.

We also heard from lawyers on social media after Lockett’s story aired.

@jeffklenner: My story mirrors Rick’s very closely. I also graduated law school at the same time and, likewise, have never been employed in the legal industry. In fact, I’ve been unemployed over half the time since law school.

It made us question whether higher ed is worth the price

In the past decade, student debt in the United States has more than doubled, standing at well over $1.5 billion today. The average borrower is starting a career nearly $30,000 in the red. While reports continue to show college is still worth the investment for most students, a big chunk of the stories we received were from people trying to claw their way out of mountains of student loan debt in an economy where entry-level jobs were scarce. Many felt like they were years behind. Some feared they may never catch up.

Nicolet Essex of Castaic, California: Teachers, counselors, my parents and their friends all imparted this sage advice, ‘Just get your degree. It doesn’t matter in what, just get a degree,’ and if you brought up the cost of college, you were countered with ‘Well, there are always student loans.’ These days we all know this was comically bad advice, but at the time I couldn’t have predicted that I would completely abandon my degree and that both my husband and I would eventually decide that advanced degrees just aren’t worth the price tag.

Victoria Bateman graduated from the University of Mississippi with a political science degree in the midst of the Great Recession. She couldn’t find work for months and eventually took a job as a long-haul trucker.

After graduating, Victoria Bateman couldn’t find work – which led her to take a job as a long-haul trucker.

Several people wrote in to tell us how they had decided to pursue graduate or master’s degrees instead of entering the worst job market in a lifetime. Some said this paid off. Others aren’t so sure.

Hannah Zucherman, Oakland, California: I recently graduated with my master’s, and I am still struggling. I just took my first job, and I am living paycheck to paycheck. I have been [financially insecure] for the past 10 years. I have parents who have helped me over the last few years, but I am afraid that if I keep relying on them, then they will not have the retirement that they deserve. I feel trapped, and I know that this is the future that my generation holds.

It made us feel differently about homeownership

Losing a home to foreclosure rattled many people, like Nikki Jackson. She and her husband lost their St. Charles, Virginia, house in the midst of the crisis.

“That was the American dream, to have my own home, but we lost everything. That dream turned into a nightmare.”

Even some of the people who were able to hold on say the experience changed them.

Marc Doughty, of Providence, Rhode Island, wrote that the home he bought in 2008 lost half its value and just this year was valued at the price he paid for it. Now he doesn’t know whether to sell or hold on and questions whether homeownership is still a reliable investment.

Doughty: I just took my first vacation in 12 years, and I feel guilty for not paying down more of the principal or having my boiler fixed with that money. I look out the window sometimes and see the birds and squirrels in my overgrown yard and think ‘I should go out and garden, make this place pretty,’ but it feels like a sham to put lipstick on this financial ball and chain. It feels like I paid for the American dream and it arrived dead in the box.

Many wrote in saying homeownership was still part of their American dream but shared fears and frustrations that rising rents and prices meant affording a home would forever be out of reach.

Webber Charles owned a condo in Miami and chose to short sell it when it lost significant value during the crisis. He said he’s now paying more in rent than he did for his mortgage. He may not just have to abandon the hope of homeownership in Miami, he may have to abandon his hometown altogether

“I think your typical Miami boy or Miami girl, they could stay here, but at the expense of being in a strong financial position. You can love a city, but you can’t let it kill you.”

It was the best thing that happened to some of us

Lots of people wrote in to tell us about how the crisis had forced them to make a career change, and some of those changes led to great things.

Steven Carse is founder of King of Pops in Atlanta, Georgia.

Steven Carse worked at AIG when it collapsed and was suddenly unemployed. Instead of chasing another insurance job, he decided to take a risk and start a fresh popsicle business in Atlanta with his brother. Five hundred flavors later, they have their own farm and factory and employ dozens of people.

We heard from a lobbyist who started her own goat farm, a florist who lost her shop only to find her calling as an emergency room nurse, a chief financial officer turned white water rafting guide and even an investment banker named Rasanath Das who became a monk.

Rasanath Das used to work as an investment banker.

All of them used the crisis as an opportunity to start over or start something new.

We also heard from several people who told us they were able to break into the real estate market because of the downturn.

Brandon Wilde said he found opportunity in the crisis itself. He took a job serving foreclosure notices in Las Vegas, and with business booming, he was able to earn enough to buy a house of his own.

“Over time, it just got to be work. You grow accustomed to things. You grow kind of cold, I guess.”

It made us feel the system is rigged …

Lots of people wrote in to tell us that their view of the government, the economy and capitalism in general had been greatly altered by their personal experiences during the financial crisis.

Arnold Harriett of Cottonwood, Arizona: Lost all trust in government and financial institutions. All bankers are liars and the system is rigged against the average people.
Mindy Zilka of Orange, California: I changed from an American dreamer to ‘How could our government allow this to happen?

Mark Mumford of San Diego, California: I was a finance major in college and had confidence in the American financial system. That’s gone now.

Mary McCluer of Raleigh, North Carolina:The experience made me ask, ‘What if everything we believe is wrong?’ My takeaway is that we, as a society, over value wealth, and in so doing, devalue everything else. I have little faith in capitalism to create an economically fair society.

… but it also showed us resilience and optimism know no bounds.

Ten years after the crisis, Luis Calderon is making half what he expected. But he watched his father clean toilets at the University of Central Arkansas so Luis could be the first in his family to go to college.

“I’m way, way, way better than where my parents ever were. Not being happy at where I’m at, not being happy to enjoy the blessings that I have would be a disservice to the sacrifices that [my] parents made.”

We heard so many inspiring stories of people finding the bright side of one of America’s darkest economic times. Faith in the system may have taken a hit, but for many faith in others didn’t.

Kate Katz of Los Angeles:I have been shown the best of humanity in one of the worst periods of my life. I don’t know if I would undo it. But it was a hell of a price to pay to see that.

Each individual story serves as a reminder that we are not alone, and after 10 years in a country that feels more divided in so many ways, that connection can go a long way.

“I’m optimistic primarily for the creativity, entrepreneurial spirit and goodwill of the American people. I don’t think we do enough justice to highlight that people work together. Regardless of the political backgrounds they have and regardless of what their beliefs are, people respect each other,” said Suleiman Sultanali.