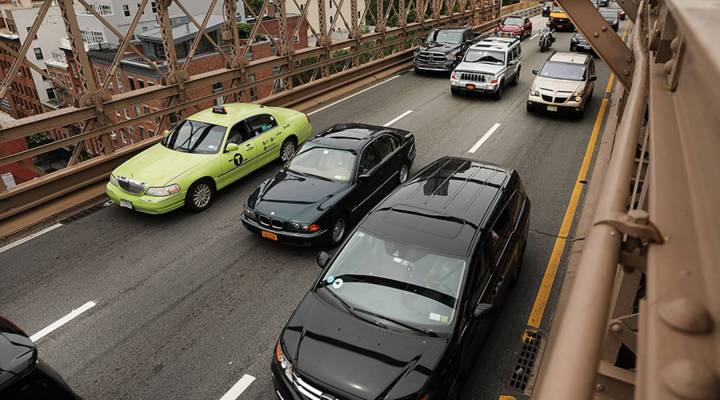 The move is designed to make sure drivers are paid a comparable minimum wage to other workers in the city, who by law will start earning $15 an hour on New Year’s Day.

Independent contractors need to earn a bit more to clear that rate, because they have to pay higher payroll taxes — and cover their own vacation time. So the equivalent minimum for them is $17.22 an hour. Earlier this month, New York City’s Taxi and Limousine Commission set that as the new minimum for ride-hail drivers.

Currently, most New York City drivers don’t end up making that hourly rate after expenses, according to economist James Parrott, lead author of a study about drivers commissioned by the city and director of Economic and Fiscal Policies at the Center for New York City Affairs at The New School.

“We found that 96 percent of all drivers have one or more trips per week where they earn less than the independent contractor equivalent of the minimum wage,” Parrott said.

He estimated that as a result of the increase, drivers’ net pay after expenses will rise by a bit more than 40 percent annually, or about $10,000.

The study also found that drivers who work for app-based services like Uber, Lyft and Juno are overwhelmingly male immigrants who buy or lease a car expressly for the job.

“In three years I was able to put on 112,000 miles,” the Romanian immigrant said. Iacob started driving three years ago after getting laid off from a long time desk job. He likes the flexibility of setting his own hours because it allows him to pick up his two children from school each weekday. But Iacob says his freedom comes at a cost.

City driving has taken a toll on his vehicle, but Iacob said given all of the expenses he has to cover out of fares — licenses, insurance, gas, and so on — he cannot afford to buy a new one.

“There is such a deep crisis among this workforce,” said Bhairavi Desai, executive director of the New York Taxi Workers Alliance, a labor group that represents taxicab and ride-hailing drivers.

Desai said Uber started off paying drivers about 80 percent of the fares it collected from customers. But a few years ago, she said, the company reduced the amount it passes on to drivers, in some cases to 60 percent or less of what passengers pay for a ride.

“There’s been a real economic crisis. It’s a real race to the bottom for the drivers across this industry including for the Uber and Lyft drivers themselves,” added Desai.

The ride-hail companies aren’t happy about the change. Lyft didn’t respond to Marketplace’s requests. But in a statement, Uber said the higher pay floor will extend wait times and raise fares.

But that’s not in line with the findings from Parrott’s study.

“These are companies that are taking a pretty significant commission share out of passenger fare. So there is some leeway there for them to reduce their commissions,” Parrott said.

Driver Cornel Iacob is cautiously hopeful that the new pay standards will boost his take home pay as promised.