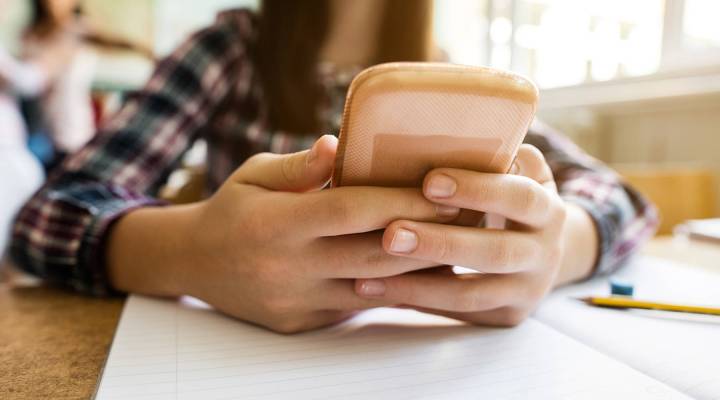 Teachers have a tough job. And usually, social media is more of a classroom distraction than a help. But on a recent field trip to Madison Park Academy, a public high school in East Oakland, CA, we found Jacob Levy, a social studies teacher, using Instagram to actually make his job teaching government a whole lot easier.

“I think the hardest thing about teaching government right now is that a lot of it can be really abstract,” Levy says.

But it turns out that the freshman class of Congress is giving him a hand. Incoming politicians like Alexandria Ocasio-Cortez (D-NY) and Dan Crenshaw (R-Texas) are as fluent in Instagram as Mr. Levy’s students. Through the the social media platform,  the students can see  how government works and what it’s like to join Congress.

Crenshaw tweets and post on Instagram about his thoughts on the tax code, border security, falafels in the Middle East, and his new digs in Washington, DC.

Back in Oakland, Levy noticed the posts from both politicians.

“I just happened to show it to them, and once I saw they had a positive reaction, the next two classes, it was their warm-up activity, was take out your phones and check out these accounts on Instagram,” Levy says. “And the students were a little surprised, because that’s different from their normal class warm-up activity.”

Jacob Levy giving a lecture on U.S. politics to his students.

Much of the student body at Madison Park Academy is Latino, and the students there say Ocasio-Cortez’s feed makes government more accessible. William, a student of Levy’s, says government hasn’t felt that real until now.

“Yeah, because she’s hella young too,” William says about Ocasio-Cortez. “And that’s makes it more relatable to you. [She’s] just about 15 years older than me or something, and that’s not a huge gap.”

“Like this whole idea, you don’t have to be old to do something big, like young people have power,” Flores says.

He has his own political ambitions.

“Ever since I was young, I was thinking of running for Congress and president,” Diego says. “I was thinking, once I’m around 35 and see what stage in life [I’m at], I’ll maybe run for something like that.”

According to the Congressional Research Service, almost every member of Congress is on social media, with Instagram on the rise. About 52 percent of House members had Instagram accounts as of 2017 and almost 75 percent of senators. And Levy says it’s the authenticity and candor of younger politicians that’s connecting with his students.

“I just don’t think government has to be so dry. It doesn’t need to be so boring. And especially for 17 year olds, who have got a million other things going on in their life, if they’re learning about the legislative branch of the judicial branch or whatever it is, I think it’s all for the better that younger congressmen and congresswomen are using Instagram this way.”

As digital natives take over government, we are seeing, the government will be live-streamed.