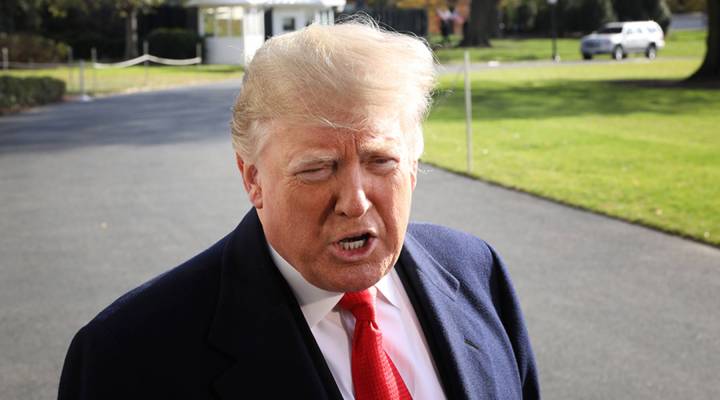 COPY
The shutdown of President Donald Trump's family charity is the latest development in the ongoing dispute between the foundation and the state of New York. Win McNamee/Getty Images

The shutdown of President Donald Trump's family charity is the latest development in the ongoing dispute between the foundation and the state of New York. Win McNamee/Getty Images
Listen Now

Tuesday morning, New York Attorney General Barbara Underwood announced that her office had reached a settlement with the president to dissolve the Trump Foundation. The Trump family’s charity has been the target of a suit by the state of New York since this last summer, accusing the nonprofit of “persistently illegal conduct.” The shutdown is the latest development in the ongoing dispute between the two. David Fahrenthold has been covering the Trump family and its businesses for the Washington Post and had the story on the Trump Foundation’s shutdown. Marketplace host Kai Ryssdal spoke to Fahrenthold about the settlement.