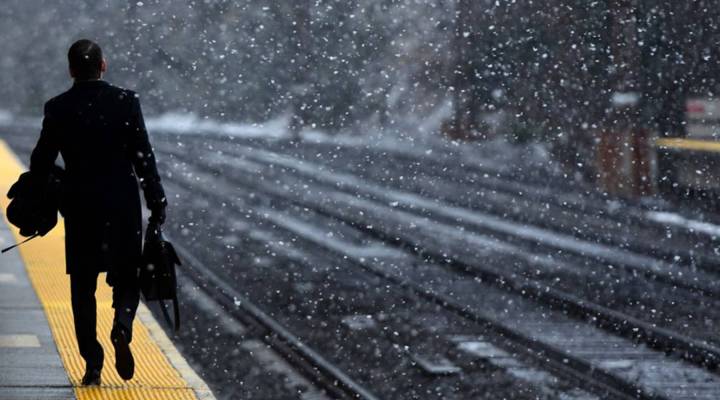 For years, workers have grudgingly accepted not hearing back from potential employers after applying or even interviewing for jobs. But with a stronger job market and record low unemployment rates, the tables have turned. Reports of workers “ghosting” their employers — leaving without a word — are so high that the Federal Reserve took note of it in its Beige Book. Danielle Paquette wrote about it for the Washington Post and explained to Marketplace host Kai Ryssdal why it’s happening. The following is an edited transcript of their conversation.

Kai Ryssdal: So, talk to me about workplace ghosting. Right, I mean, it’s a phenomenon in other parts of life, but people just leaving their jobs cold? What is that?

Danielle Paquette: That’s right. This idea actually came from the Fed’s Beige Book. Economists had noted that people were just walking off the jobs, never returning, never responding to phone calls or texts. And they’ve identified this as ghosting, which is a term we usually use in our dating life. And I’m hearing it on the rise because the job market is so tight, opportunities are everywhere. And if you’re not happy about where you are, you can pretty much just take off and land somewhere better.

Ryssdal: So let’s be clear about this. It’s literally just taking off without a word, without an email, without an anything. You just don’t show up.

Paquette: Yes, I’ve heard — since the story published, actually — I’ve heard from hundreds of people who’ve shared even more fascinating tales. They tell me, “Look, you know, my boss made me angry that day, and I went out for lunch, and then I just drove off.”

Ryssdal: OK, who does that?

Paquette: Apparently lots of people. You know, there’s not a ton of data on economic ghosting, but I talked to large global staffing firms who tell me this kind of behavior is on the rise by as much as 20 percent.

Paquette: Some people just want to avoid those awkward interactions. Others say “Hey, I know if I put in my two weeks notice, they would just escort me off the premises, and I need that money.”

Ryssdal: Is this something that like — and I know I’m going to get yelled at for saying this — but is this a millennial’s thing, younger millennials? Because you’re not going to find, you know, too many mature workers in this environment taking off, right?

Paquette: You know, you’d think that because ghosting is a part of the millennial vocabulary — it appeared in the dictionary in 2016. But I’m hearing from workers of all ages and particularly older workers who are fed up with how their rights, their pay, their benefits packages have just dwindled over time. You know, as power has shifted in favor of employers and the relationship between employee and employer has weakened, you see more people work as contractors than full-time staffers, and they just don’t have that same tie to their manager that they might have in the past.

Ryssdal: Well, so, granted that this is mostly anecdotal, but on the flip side of that coin, you know, if the Fed is noticing it and putting it in its Beige Book, then it’s a tangible, real thing. Do you suppose this will somehow lead to higher salaries, greater protections for some of these workers? I mean, are companies going to realize that maybe there are some things they can do in their power to fix the ghosting issue?

Paquette: Some companies that have already struggled with ghosting for quite a while are trying to prevent it by offering wage increases over time. You know, stick with us and you’ll see a 2 percent raise next year and a 2 percent raise after that. And so workers have more incentive to stay, watch their pay grow. Other firms are offering more on-job training so that people see a future at that firm. Maybe they can step up in some way. They have an opportunity that might not be available to them elsewhere yet.

Ryssdal: Last question, then I’ll let you go. Have you ever done this?

Paquette: Absolutely not. But journalism’s a little different. Word of mouth is important.