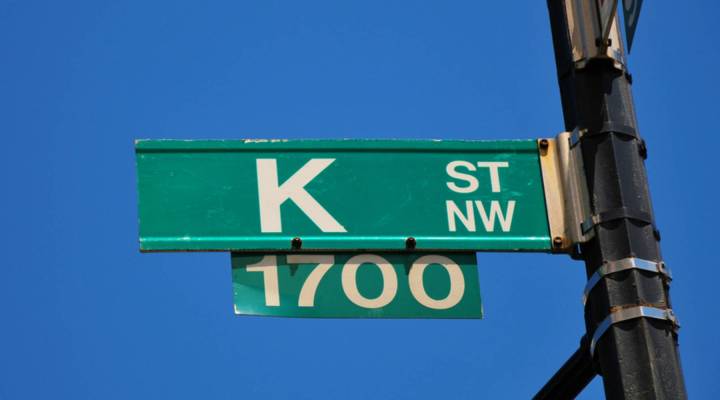 Around a hundred members of the House and Senate will leave Capitol Hill early next year when the new Congress is sworn in.

Rep. Rick Nolan, D-Minn, is one of them. Nolan has served two stints in Congress, the first from 1975 to 1981. When he left that year, lobbying was just becoming a thing in Washington, with new lobbying firms establishing K Street as ground zero for the influence peddling business.

“Many of my colleagues from my first term around back in the ’70s became lobbyists,” Nolan said, adding that they “made millions and millions of dollars, quite frankly.”

Nolan did not become a lobbyist. He returned home to Minnesota, where his family owned a saw mill and he ran an export business. Nolan was re-elected to the House in 2013. He said he’s not going to become a lobbyist after this stint in Congress either, although he would consider consulting work for the lumber or mining industries.

“If any one of those interests came to me and said, ‘Hey, we could use a little help here, would you testify?’ I’d say sure,” he said.

Nolan’s just one guy. But if he’s not looking for a job on K Street, that’s one less competitor for the crowd of departing lawmakers who are.

“Just wanted to catch up and, you know, think about what I’m going to be doing next,” he said. “And, you know, was told you’re a good person to talk to about these things.”

Gold said that congressional inquiry came as a voicemail, but Gold has also been button-holed when he’s out to dinner. Two exiting lawmakers sidled up to his table recently. They also just wanted to catch up. It’s a heady time for those doing the hiring on K Street.

“Usually it’s the other way around, where I’m walking up to a dinner table and excusing myself and saying, ‘Hey, how you doing? Would love to catch up on this issue,’” Gold said.

Gold said for powerful committee chairs, there will be no role reversal. They’ll still call the shots.

“The Ways and Means and Finance Committee, the tax writing committees are very attractive,” he explained.

Legally, congressional ex-pats can’t become registered lobbyists for a year if they were in the House and two years for the Senate. But “they can act as senior advisers, strategic advisers,” said Sheila Krumholz, head of the Center for Responsive Politics, “directing the lobbying troops from the rear.”

Krumholz said there’s a reason nearly half of departing members — from both parties — who continue working become lobbyists.

“Some of them are collecting seven-figure salaries, and there are also the bonuses which they can collect if they’re successful in their lobbying campaigns for clients,” she said.

Krumholz said right out of the gate, a congressional pedigree typically translates to a $100,000 salary bump. And those exiting members who don’t snag a lobbying gig have lots of other options at think tanks and trade associations. And they know how to job hunt. After all, each one of them has convinced thousands and thousands of voters, sometimes year after year, that they’re the only person for the job.