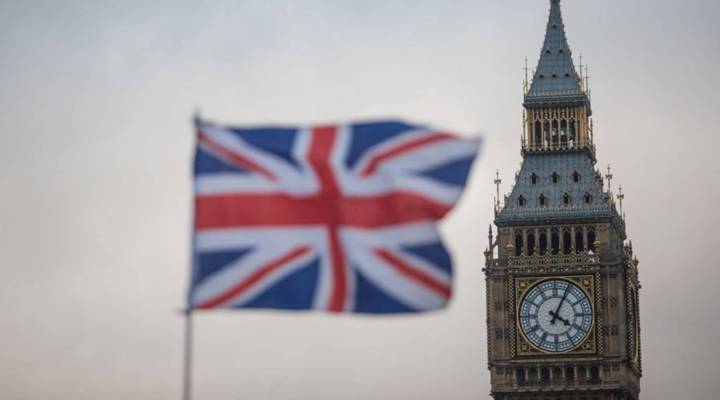 British Prime Minister Theresa May shocked the United Kingdom on Monday by postponing a crucial vote on Brexit. May was due to ask Parliament to approve her plan for exiting the European Union. But facing almost certain defeat, May decided to delay the vote until after fresh consultations with the European Commission in Brussels.

Watching this latest twist in the long and tortuous process of Brexit, and watching it more closely than most, have been the traders and dealers, analysts and managers, investors and proprietors in Britain’s richest industry: finance. Many in London’s financial district — the “City” or the “Square Mile” as it is known — fear that Brexit will damage their business in two ways: by shutting them out of some of the European markets on their doorstep and by making it more difficult to freely recruit workers from continental Europe.

But even though the City is overwhelmingly in favor of EU membership, it has kept a low profile during the often-rancorous national debate about Britain’s departure from the bloc. City grandee Sir Mark Boleat — who’s had a long career working in the Square Mile – told Marketplace that it had been prudent for Britain’s most prosperous but unloved industry to keep quiet about Brexit, particularly since many Brits blame the City for the financial crisis of 2008.

“People still blame the financial services industry for the crisis — quite rightly, too — and if there’s a view that Brexit is bad for the banking industry, people will say: ‘The bankers are leaving! Great! We’ll drive them to the airport!’” Boleat said.

But that hostility is totally misjudged, he claimed. The City supports a third of a million mostly well paid jobs and pays more than $90 billion a year in taxes, more than 10 percent of the U.K. budget. Brexit, claimed Boleat, puts that in jeopardy.

“For Britain it really is a massive self-inflicted wound where we are working desperately hard to make ourselves poorer,” he said.

The City doesn’t look any poorer. Jackhammers still echo across the Square Mile and cranes dot the skyline in the nearby Docklands financial district. Wine bars and restaurants are still full. But in one popular City watering hole, Marketplace met a group of finance workers, quaffing beer and wine at eye-watering prices, who were less than upbeat about their prospects after Brexit. Speaking on condition of anonymity, the young men all admitted they’re nervous about life outside the EU.

“Can’t see it being much of an opportunity. Certainly, more of a risk. I would be particularly concerned in the event of a no-deal scenario,” said another, while a third said that the role of the City as a global financial center would be diminished.

That process may have already begun, albeit very tentatively. Big financial firms with their European headquarters in London have been setting up additional operations in rival centers, like Frankfurt and Paris, to ensure continuing access to the EU. Several thousand new jobs have been created.

But there haven’t been major job losses in London, which remains, along with New York, one of the world’s top two financial centers.

Daniel Hodson, a former head of the the London International Financial Futures and Options Exchange, is very bullish about London. Given the City’s long financial history, its reputation, expertise and the deep pools of capital it can tap, Hodson said that the EU needs access to the City.

“You can’t take markets and move them lock and stock like you might be able to move the production of motor cars or something like that from country A to country B. You can’t do that with liquidity,” he said.

Hodson is one of the few City grandees to publicly support Brexit. He believes the City will be better off after leaving the bloc because it will be able to slough off some of what he calls “very restrictive regulations” that the EU has imposed on it.

Economist Andrew Hilton is another City Brexiteer. He’s run the Centre for the Study of Financial Innovation think tank in the British capital for 25 years. Hilton said London remains a great place for business and pleasure, easily outpacing those rival European centers.

Remainer Sir Mark Boleat regards this is as whistling in the wind. Brexit may not trigger a mass exodus from London but, Boleat believes, it will ensure the long-term decline of Britain’s financial center. And the cost will be counted in the jobs not created in the Square Mile.

“Longer term, we think it could be as many as 75,000 people who will not be employed who otherwise would have been and that’s a massive tax loss,” Boleat observed.

May’s shock decision to postpone the parliamentary vote on her Brexit deal has breathed new hope into the Remainers. Many in the City may well be celebrating, but quietly, behind closed doors.