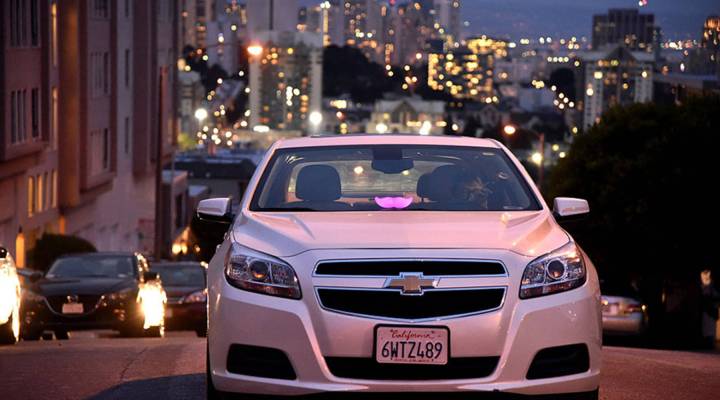 COPY
A Lyft driver is waiting for a ride in the city on Feb. 3, 2016 in San Francisco, California.  Mike Coppola/Getty Images for Lyft

A Lyft driver is waiting for a ride in the city on Feb. 3, 2016 in San Francisco, California.  Mike Coppola/Getty Images for Lyft
Listen Now

This morning, the ride-sharing company Lyft announced it has filed papers to go public. Word is that its IPO will happen sometime early next year.

An early 2019 IPO would likely happen before Uber’s expected IPO, which is also reportedly planned for 2019.

“Lyft has a lot of upside, in the sense that they’re in less trouble, there’s less litigation,” said Evan Rawley, a professor at the University of Minnesota’s Carlson School of Management. “They’re in a good position within that oligopoly.”

Rawley said the difference in valuation comes down to Uber’s global assets. Uber has market share in countries like India and Brazil and stakes in companies like Chinese ride-sharing giant Didi, the ride-sharing company Grab, and Uber Eats.

On the other hand, Lyft so far has mostly focused on the U.S. market.

“Trust me, Lyft would like to be global,” said April Rinne, who advises companies in the sharing economy. “It’s expensive to expand internationally.”

Unlike Uber, Lyft hasn’t yet shown that it can turn a profit. Still, Santosh Rao at Manhattan Venture Partners says if Lyft goes public before Uber does, investors might give it the benefit of the doubt.

“As long as you show growing bookings, growing user base, the market does reward you,” he said. “[Investors] will give you a few quarters to show profits.”

He says if Lyft becomes the first public ride-hailing company, Uber will be the one watching Lyft to see how things play out.