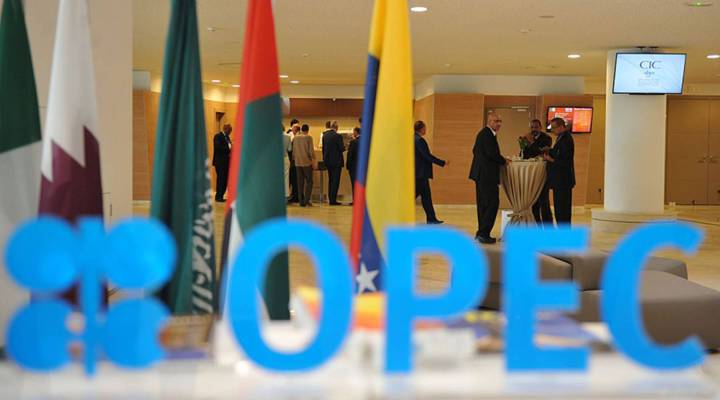 In Vienna, not all of the important conversations on oil will take place in the OPEC summit conference rooms. Some may take place in the adjacent stairwell. That’s right, the stairs usually serve as a holding pen for analysts and journalists and it has reached cult status at OPEC meetings. It’s where all the whispering, speculation and tweeting takes place until doors are flung open and the group can reach oil ministers for interviews. It’s a funny, if undignified, part of the OPEC meeting.

Great photo (not mine) taken in #OPEC stairwell. Facial expressions say it all. pic.twitter.com/gGxGl75My2

So, what might the discussion be in the stairwell this week? And what decisions are expected to come out of this gathering given the current landscape? Scott Tong meets up with some summit regulars — in a stairwell — to discuss OPEC, Russia and — Cinderella?