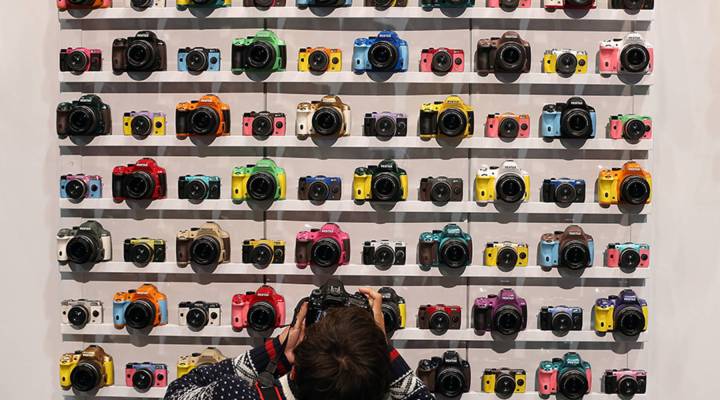 At the heart of the creator economy is video, whether it’s YouTube videos in a home studio or online documentaries or social videos. And at some point, everybody realizes you can only get so much production value with a phone. But high-end digital cameras and proper audio gear are expensive and in the past were more for moviemaking than for creating short, shareable web videos. Enter Kristina Budelis, co-founder and president of KitSplit, a startup that got $2 million in funding earlier this year. It lets creators and businesses who own camera and audio gear rent it out to others. Molly Wood talked with Budelis about how the creator economy is even changing how manufacturers design their products. The following is an edited transcript of their conversation.

Kristina Budelis: I think the fact that so many cameras have Wi-Fi now, where you can kind of connect your phone and share directly to Instagram or YouTube, is a sign of that. And I also see manufacturers who have historically catered towards people making feature films or commercials going downstream because of this growing segment of creators. One really interesting example of that is RED. So RED camera — you might not have heard of RED cameras, but a lot of the feature films that you’ve seen have been shot on RED cameras. They’re really high-end, amazing cameras starting at, like, $15,000 that have always catered towards big-budget productions. But this year, they introduced a camera phone, the RED Hydrogen One. It’s very much geared towards people who maybe have shot some stuff on their iPhone or DSLR and want to level up but still want something that is easy and fits in their pocket.

Molly Wood: Does it seem like creators get a return on [their] investment in better equipment?

Budelis: I think so, and I think that YouTube also knows this. They’ve invested a lot in creator spaces. So they have studio and gear for their high-end creators kind of all over the world. And I think that that’s because, you know, they see that better engagement follows better production value. And so they’re trying to help through the studio system. And we see KitSplit as a democratized studio that can help anyone anywhere, not just people with a certain amount of followers.

Wood: That’s really interesting, because I think there is this sense that the web itself was this big, democratizing force in terms of content, and that what people have learned over time is that it still has to look like, that quality still matters.

Budelis: Completely. And I think that there’s been a lot of investment and attention to democratization when it comes to distribution, so platforms like YouTube and Vimeo and Instagram that let you post your work, but less attention paid to helping creators as they’re making their work in that production process.