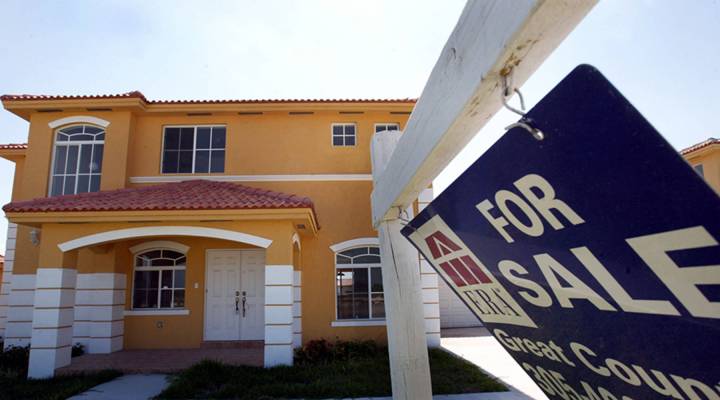 The housing market is showing more signs of a cool down. Average home prices in the 20 biggest U.S. cities grew at the slowest pace in nearly two years in September, according to new figures from the S&P CoreLogic Case-Shiller index. Prices are still rising but so are mortgage interest rates, making houses even less affordable, as sales of existing homes continue to decline.

The shift from a red-hot market has many realtors grappling with a new reality.

On Tuesday, Los Angeles agent Hugo Torres was talking with his colleagues about sellers who have unrealistic expectations.

“People think, ‘I’m going to strike it rich right now and I’m going to get very, very ambitious with my price,'” so Torres he said he has to be armed with data showing houses have been staying on the market longer, or news stories about the softer market.

In Portland, Oregon, realtor Tim Manickam called it “a new landscape.” In the first part of the year he said his listings would sell in a matter of days, often with multiple competing offers above asking price. “Since June every listing has sat on the market at least a month, maybe six weeks before even getting offers.”

His client Jennifer Hames has had a harder than expected time selling her condominium in the trendy Pearl district.

“I have had a ton of traffic,” she said. “But it really didn’t turn out to be exactly what I had hoped.”

After about three months, the condo still hasn’t sold so Hames says she’ll hold on through the holidays and then she might lower her price from $361,500.

Maryland resident Ian Kennedy can’t afford to wait it out. He just bought a new place in his Washington, D.C. suburb so he’s got to sell now. “We’re gonna price it where we think we can sell it reasonably quickly,” he said, though he doesn’t want to look too desperate.

He just met with a home stager who liked his updated kitchen and offered hope for his prospects of selling. “Her exact words were ‘relatively easy,'” he joked warily.

He’s been on the housing roller coaster before: He bought the house he’s selling just a couple years before the market tanked in 2008.