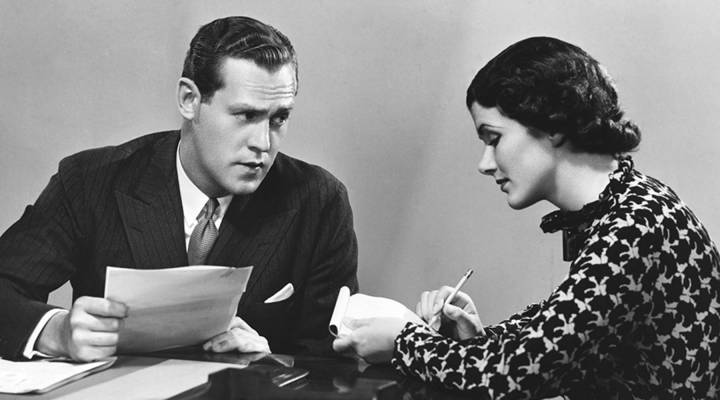 Let’s say your boss gives you some advice or feedback that feels so wrong, it makes your stomach churn. But, before you go into your supervisor’s office guns blazing, you might want to take a step back and a deep breath. Ask a Manager’s Alison Green is here to help you diplomatically react and find a middle ground.

Alison Green: The most important thing is to not get defensive, which is sometimes people’s first instinct. But it’s going to be so much more productive if you listen and you really try to understand your manager’s perspective and really show that you’re doing that, so that your boss can see that you’re listening, that you’re taking it seriously. That doesn’t mean that you need to agree, in the end, but if you listen with an open mind, you might actually realize, “Oh OK, I can see that point.” And once you have heard your manager out, if you still disagree, it’s OK to say something like: “You know, I think I understand what you’re saying. Can I tell you what my perspective was, in case it changes the way that you’re looking at it? Or in case there’s something that I should correct about the way that I’m looking at it?” And that framing, that’s not defensive. That’s just saying, “I want to make sure that we’re on the same page.”

David Brancaccio: Right, that’s in the feedback relationship. But what if you get an order from the boss that you think is wrong headed and you want to push back? Yet, you’re not all that empowered; you’re a lower level employee. Any bits of advice?

Green: It depends to a large extent on how much political capital you have built up and on what your relationship with that boss is like. If you have a good track record with that boss, and you have some capital, it’s often fine to say: “You know, I have a different idea about this. Can I tell you what I’m thinking and see what you think?” And, you’re not saying, “We must do it my way.” You’re saying, “Here’s another thing I want to throw out there.” If the answer is still no, do it this other way, and you feel very strongly, in some cases you can say something like: “I feel really strongly that we’ll get better results if we do it differently. Would you be willing to let me try it my way, and we can see how it goes?” But you’ve got to be somewhat senior and have some capital built up to do that. And it’s not an approach that you can use every month. I would save that for times when you do feel very strongly.

Brancaccio: And you know it really changes this if you’re asked to do something by the boss that you consider unethical. You can’t just go along with it.

Green: Yes, absolutely. In that case, you need to speak up, and it’s perfectly OK to say, “Here are my concerns about this.” If you can propose a different way of doing it, that would be more ethical. I would propose that as well, because sometimes the boss is just suggesting the first thing that comes to mind. But if you’re able to say, “Here’s a different way of accomplishing that goal,” often they’ll be very receptive to that.