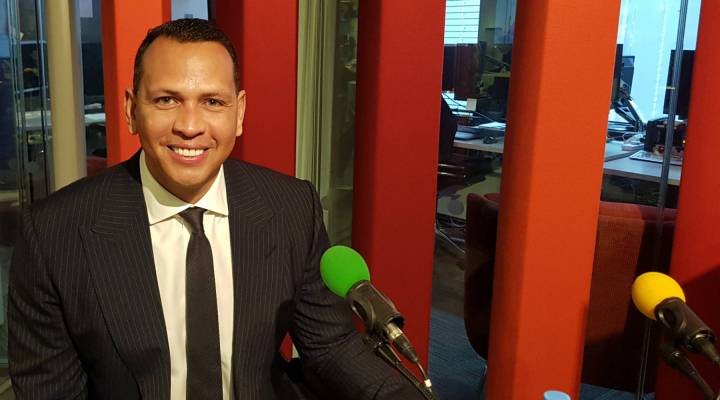 COPY
Alex "A-Rod" Rodriguez at the BBC Studios in London.

Beloved all across the United States, baseball has earned its title of America’s favorite pastime.

But the first mention of “base-ball” can be found in a British children’s book dating all the way back to 1744. So it might be fitting, then, that the game is heading to Britain’s shores next summer. In June, the New York Yankees will take on the Boston Red Sox in the first ever Major League Baseball games to be hosted in England. And Yankee’s former star Alex Rodriguez is at bat this week in London, pitching the game to fans abroad. He dropped by the BBC to chat with Anu Anand, host of the Global Edition of Marketplace Morning Report.

Click the audio player above to hear Anu Anand’s conversation with Alex Rodriguez.