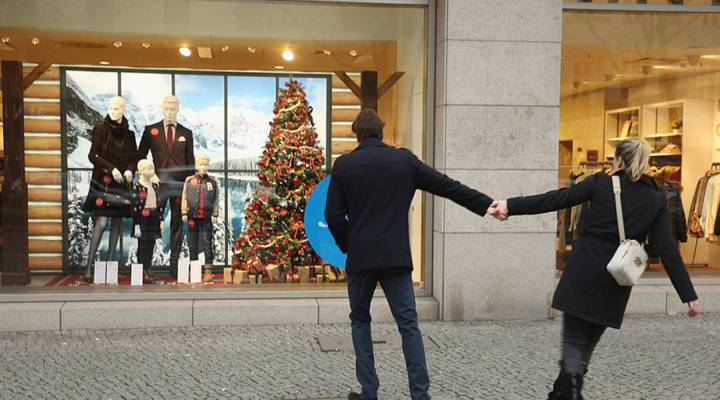 The pressure to spend during the holiday season can be intense, with Thanksgiving weekend sales pelting you like a flurry of Nerf darts on Christmas morning.

A new survey from Bankrate.com says nearly half of Americans are feeling pressured into spending more than they’re comfortable with this holiday season. The pressure to overspend is hitting Americans up and down the income ladder.

“Working in a very materialistic industry, I do feel some of that pressure to be the best gift giver ever,” said Riley O’Connor, who works in fashion in New York.

Parents and middle-income earners feel it the the most, said Adrian Garcia at Bankrate.com.

Over half of the survey respondents said they use coupons and sale events, like Black Friday and Cyber Monday, to deal with the pressure of the holidays. Bankrate’s survey also found that most people end up limiting their gift-giving.

“As our family has grown — we actually pick names now so we don’t have to buy for everyone,” said Shelby Taylor in New York’s Christmas market at Bryant Park. “It helps really simplify the holiday.”

Holiday spending is expected to rise by almost five percent this year. Meanwhile, the New York Fed said that household debt has been rising steadily over the last four years, reaching over $13.5 trillion.