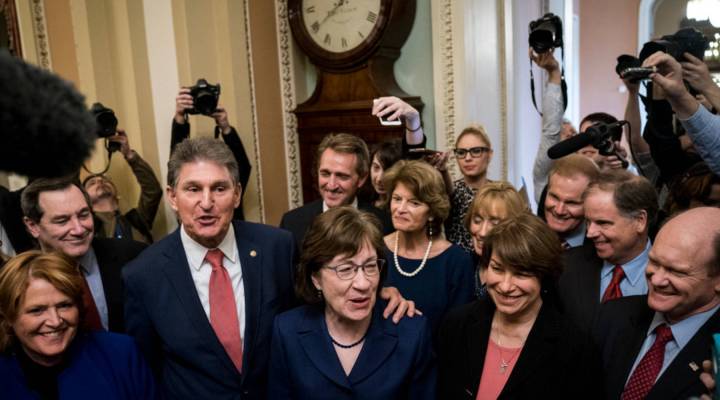 COPY
Senators Joe Manchin and Susan Collins lead a group of bipartisan Senators as they speak to reporters after the Senate passed a procedural vote for a continuing resolution to fund the federal government, Capitol Hill, January 22, 2018 in Washington, DC.  Drew Angerer/Getty Images

Senators Joe Manchin and Susan Collins lead a group of bipartisan Senators as they speak to reporters after the Senate passed a procedural vote for a continuing resolution to fund the federal government, Capitol Hill, January 22, 2018 in Washington, DC.  Drew Angerer/Getty Images
Listen Now

Votes are still being tallied Wednesday, but one thing is clear: The next Congress will be split, with Democrats taking the House and Republicans solidifying their hold on the Senate.

What are the chances they’ll work together on something, anything? One expert told us not to hold our breath, but we also asked people who’ve worked on the inside. First, Glenn Hubbard, now the dean of Columbia University’s Graduate School of Business and formerly an economic adviser to President George W. Bush’s administration. He’s hoping lawmakers will shift from  building “a wall to a bridge.”

“By a bridge, I could mean physical infrastructure, but I was thinking also of opportunity policies: work support, training, college completion,” he said. “Those aren’t “D” or “R” issues, and there should be some common ground.”

That would mean a pivot away from the administration’s current course on trade and immigration, Hubbard said. Instead, Congress could come together to aid Americans who’ve lost jobs to technology and globalization. He’d also like both sides to keep an eye on the deficit, but he’s not optimistic.

“Both sides of the aisle seem to be proposing things that make deficits and debt worse not better, and I don’t think we’re going to hear anything about that,” Hubbard said. “But I do think the wall and the bridge debate could be very interesting.”

“The conversation about both tax cuts and deficit has changed dramatically, and that has been largely on the Republican side,” Cook said. “So the question I think everyone will be grappling with will be the effect of the tax cut. Did that trickle down to most Americans?”

Then there’s minimum wage. Arkansas and Missouri passed big raises last night, indicating there might be an appetite for increases in other red states.

But when it comes to trade, Cook said, the path to bipartisanship might be a blind alley.

“I really believe that there has been a lot of power concentrated in the White House,” she said. “I think that the White House will not be accustomed to listening to Congress because they’ve been given a blank check.” 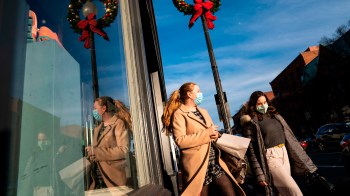