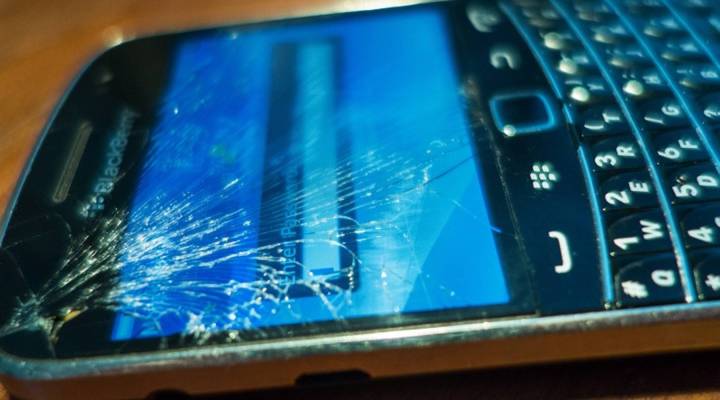 Once upon a time, when something you owned broke, you fixed it. We never even considered whether we were allowed to fix our products until the Digital Millennium Copyright Act made it illegal, starting in 2000, to circumvent any tech that locked up devices without authorization. So John Deere started telling farmers it was a copyright violation to fix their tractors. And Apple said it was a copyright violation to fix our iPhones.

Just last month the U.S. copyright office finally decided that you do, in fact, have the right to fix your smartphone and lots of other electronics. Kyle Wiens, CEO of iFixit, a company that creates repair guides for electronics and sells tools and replacement parts, told Molly Wood that we may have the right to repair, but repairing things isn’t as easy as it used to be. The following is an edited transcript of their conversation.

Kyle Wiens: This is a trend, you add electronics to more things. You know, we have diagnostic codes on a car, you can’t really repair a car without a computer anymore. You can’t repair a tractor without a computer. And so this is going to be a trend that will continue. Our products are going to get smarter, they’re going to require advanced diagnostic software in order to fix them. What this ruling does is it says, “Look, it’s legal for you to make your own diagnostic software, for you to jailbreak your phone.” What’s going to need to happen next in order to completely open this up is we’re going to need to right-to-repair legislation to get the manufacturers to share their diagnostic software with the rest of us.

Wiens: One thing that I think is interesting about the trends of technology is that you have these bursts of innovation where devices are changing very rapidly, and we’ve gone through that with cellphones from when the iPhone came out. For the last decade or so, the devices have been getting dramatically better every year. We’re starting to see that plateau. If you have an iPhone 10 you do not need to get an iPhone 10R, it is just not that much better. So where in the past I think we’ve been upgrading our phones maybe every 18 months, I think you’re going to start to see people use these things for two, three, maybe even four years. But in order for the devices to last that long, you have to be able change out batteries, you have to fix the screen when it breaks. So this is the inflection point with cellphones that we went through with laptops. It used to be people would joke your laptop is out of date by the time you got home from Best Buy. And that’s just not the case anymore. You’re perfectly fine with a five-year-old laptop.

Wood: Do you see a downstream economic impact here? Is there a likelihood that more repair shops will crop up?

Wiens: I think so. Anytime you have a product that’s going to last longer, you’re going to see more service businesses pop-up. And that’s actually a really good thing for the economy. The actual labor that Apple pays to assemble the iPhone in China is relatively minor. If you take your phone in and you pay somebody $50 in labor to get it fixed, that’s a serious benefit to the economy that actually completely outweighs the $5 or $10 that Apple may have paid at the assembly time. So as we see maybe tariffs come into play that are going to make these devices more expensive, coupled with these trends where you don’t really need a new phone, I think you’re going to really see an explosion in the repair economy.