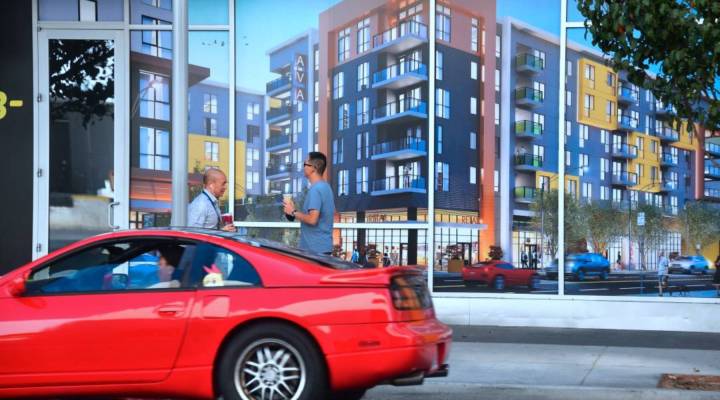 Landlords and tenants alike will be watching what happens in California on election day. A ballot initiative, if approved, would open the door to more apartments and rental homes being subject to rent control laws. Both sides are using key features of the national housing crisis to motivate voters. Proponents of Proposition 10 say the measure will help housing affordability; opponents say it’ll exacerbate inventory shortages.

Steve Baldwin is one of the supporters. On a recent day in the Exposition Park neighborhood of Los Angeles, Baldwin helped his friend J.J. move out of the room he has been renting for seven years in a group home, where he paid $700 a month. J.J. has to leave because his landlord is rehabbing the building to rent to students who go to the University of Southern California nearby. Probably for more money, the landlord wouldn’t say.

Baldwin used to have the same landlord, but he and roughly 80 others tenants, including his two sons, were evicted from six other buildings nearby that were also rehabbed for student rentals.

“It’s hard man, it’s hard,” Baldwin said. He’s currently sleeping in his car, and his sons are staying with family while he tries to track down a new place to live — a tall order in the LA’s infamously expensive rental market.

“It’s pushing me further and further out from LA to the Inland Empire, to the desert, just to find something,” he said.

Baldwin and his fellow tenants couldn’t appeal their evictions because their buildings aren’t covered under LA’s rent control ordinance. It caps rent increases to 3 percent a year and also limits evictions to lease violations only. But those rules only apply to units built before 1978, Baldwin’s and the other buildings were newer.

“You have no rights,” Baldwin said. “You just have to go.”

A state law called Costa Hawkins prevents LA from expanding rent control and any city from enacting new rent restrictions if they didn’t have them before 1978. Proposition 10 would repeal Costa Hawkins and let cities regulate their rental markets as they choose. It’s one of the hottest issue in California this election cycle, a state where housing costs have spiraled. More than $90 million has been spent to sway voters, nearly three-quarters of that by landlords.

“The big thing is we’ve got to build our way out of this,” he said.

State officials say housing costs are so high because California is short about 2 million homes. MacGuier said rent regulations would dissuade developers from building new units if their return on investment could be limited.

Rent control rules are rare in the U.S. Just 15 California cities have them along with some jurisdictions in New Jersey, Maryland, New York, and D.C.

“In Massachusetts they ended their rent control,” said Vanessa Carter, a USC researcher who co-authored a recent report into the effects of rent regulations. “Economic theory suggests that there would be units taken off the market, folks would stop building,” she said. “It would cause a market distortion. But the research on rent stabilization doesn’t show that.”

Carter’s research found that rent control tends not to affect construction. But the local rules she studied exempted new buildings from rent limits. Carter did find that rent regulations helped people stay in their homes. “When we look at housing stability, it’s quite clear that rent stabilization does create more stability,” she said.

But that’s been eclipsed in much of the discussion surrounding Proposition 10, prompting Carter to ask: “Who has the power to change our policy framework? That tends to be landlords in the U.S.”

A recent poll by USC and the Los Angeles Times found the vote on Prop 10 is likely to be close. 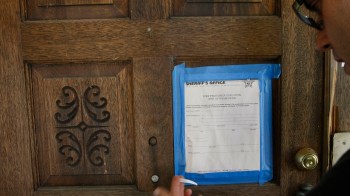 Tenants to get more eviction protections under California measure