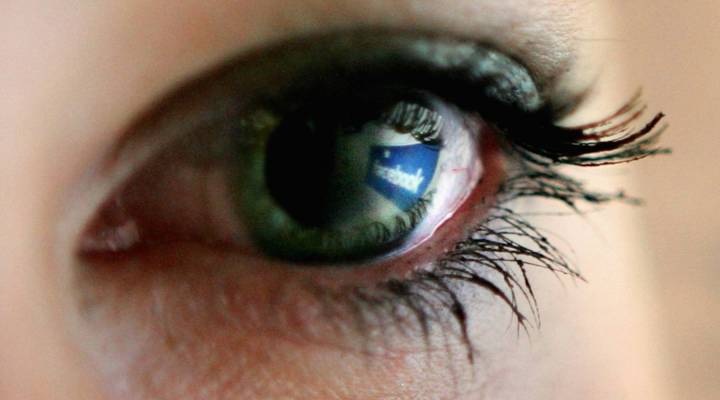 We’re a week away from midterm elections, and it’s time to talk about social media. After the 2016 elections, it became clear that a lot of divisive, misleading and flat-out false information was being shared via Facebook. A study earlier this year said Facebook was responsible for the spread of more false news than any other platform. And once the bad information was out there, fact-checking couldn’t do much to reverse its impact. After the 2016 election, Facebook partnered with a handful of news organizations to combat misinformation before it spread. Two years later that still feels like an uphill battle. Angie Holan is the editor at PolitiFact, one of the outlets working with Facebook. She told Molly Wood that official fact-checking partners get access to a special selection of potentially false information. The following is an edited transcript of their conversation.

Angie Holan: We see [on our fact-checking dashboard] what’s essentially the worst news feed you’ve ever seen. It’s typically posts from websites or other sources that users have flagged. Facebook puts things on this feed that [are trying to] imitate real news. So there’s some things that we don’t see in the feed. We don’t see politicians’ statements. We don’t see ads. We just see content that people have marked as potentially false. And it tends to be news sites that you’ve never heard of, or that are not super common.

Molly Wood: Is it even worth it to try to do this on Facebook? Is there potential for it to get better?

Holan: One of the big criticisms of Facebook is that they haven’t shared enough data, especially with academic researchers but also to some extent with fact-checkers. So it’s really hard for me to say if things are getting better or worse. I can say that subjectively it does feel like there are fewer outrageous posts being shared as real news on the platform. So I am an optimist and I do think that if we have robust fact-checking on a platform that the quality of information on that platform will improve.

Wood: I mean there’s one argument that everybody participating in the fact-checking program is basically just training Facebook’s eventual artificial intelligence. What happens when Facebook says, “Great, thank you. We’ve learned enough about you know how to detect false information and photos and we’re just going to bring this into our machine learning.”

Holan: Well, you know I think that’s a great outcome. Then we can move on to other types of fact-checking. But overall I feel like this is a problem to be managed rather than solved. If you look at history, if you look at other technologies such as the printing press, there have always been problems with misinformation and the need for people to find ways to mark sources as credible and authoritative. So I don’t see that the problem on Facebook is going away. It can get better, but it’s not going to go away.

Here’s what’s coming up this week that might make some tech news:

Halloween! OK, probably not. But I’m excited. I’m going as Charlize Theron’s character from “Atomic Blonde.” And I don’t care if no one gets it because I love that movie so much and if I had won the bajillion dollar Mega Millions, I would have immediately bought her complete wardrobe from that movie. Okay back to tech.

TwitchCon is this week in San Jose, California, featuring Twitch streamers, fans, an e-sports stage, and a Cosplay contest? I think I need to go to this in my “Atomic Blonde” outfit.

Side note, I saw a report last week that said YouTube Live is starting to close in on Twitch. Twitch has about 750 million monthly viewers on average. YouTube Live has 226 million. But that’s up 10 percent in just a few months’ time, and the report found that Twitch’s top 100 channels haven’t grown much since the beginning of the year.

There are also going to be Apple gadgets announced this week. Perhaps the long-awaited update to the MacBook Pro or even the MacBook Air that some of us had hoped would come up in September at the iPhone event (because some of us, yes, like to use our phones but also need to get some work done). It’ll be Tuesday in Brooklyn, focusing on the iPad, MacBooks, and you know, anything not iPhone or Apple Watch. It’ll also be at the Brooklyn Academy of Music so I am betting on a musical guest. But Diplo is already booked for TwitchCon so I don’t know how they are planning to out-hip that. I’m sure we’ll find out.