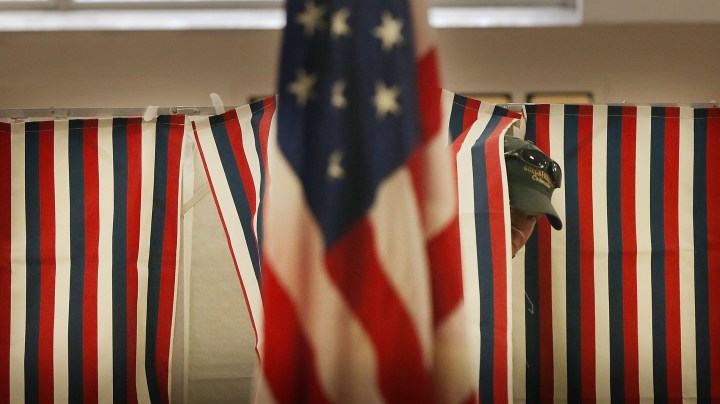 This week, we’ve been looking at election security. We’ve covered how voting machines are vulnerable to hacking, but an even easier target is voter registration databases. They’ve got the names, addresses and voting histories of all kinds of people. The state of Illinois had its voter registration database hacked in 2016, and the attack exposed the data of more than 70,000 voters. But stealing that information wasn’t necessarily the goal.

Matt Dietrich, public information officer at the Illinois State Board of Elections, said the hackers intent was to undermine confidence in the voting system.

After the hack, the state received about $13 million in federal money to beef up its election security. But Dietrich acknowledged that doubt is a powerful tool that’s easy to spread.

“A lot of it had to do with manipulating social media and getting voters to argue among themselves, spreading false information through Twitter and Facebook,” Dietrich said. “That’s the social engineering aspect of all this that really, as an election authority, we don’t have a whole lot of control over.”

He thinks the state has done a good job convincing voters that it’s serious about security. But he said states and cities are going to need a lot more help if they’re going to secure elections in the future, including more secure voting machines.

Back in 2004, Illinois received $144 million from the federal Help America Vote Act and used it to buy new voting equipment.

“That was 14 years ago,” Dietrich said. “This year, we got $13.2 million. That is one-eleventh of what we got back then. I think probably what needs to happen now is we’re going to need help from the federal level to change out all of the voting equipment throughout our state, in all 108 of our local jurisdictions. And it’s going to take federal help more along the lines of what we got in 2004.”

So far there aren’t any signs of a federal effort at that level, but Dietrich said the conversation is starting.

“Really starting in January, the Department of Homeland Security started talking more openly about not only the fact that there was Russian interference in the 2016 election, but also putting out the word to election authorities and the general public, because it was in the news that we need to be on guard, because it’s going to happen again in these midterm elections and beyond.”

Not a moment too soon. Just last week, the Justice Department accused more Russians of disinformation campaigns aimed at the midterm elections and launched digital spying campaigns to stop election interference. But a report last week by two security firms said some 35 million voter registration records from 19 states are for sale on the dark web.

The experts said it’s the first large-scale case of that happening and that the records could be used for organized voter fraud, like changing online registrations or stealing the identity of legitimate voters and casting absentee ballots in their place.

And now for the other tech stories we’re following:

You might have noticed that all the tech places on the web yesterday were posting their reviews of the iPhone XR and how it stacks up to the XS and the XS MAX. And there are all these other phones that have come out lately from LG and Huawei, and there’s a new OnePlus Android phone. And HTC is about to announce the world’s first blockchain phone. It kind of all culminated in a delightful headline from digitaltrends.com that said: Smartphone makers are vomiting a torrent of new phones, and we’re sick of it

Both Apple and Samsung have been fined millions of euros in Italy for intentionally slowing down their older phones instead of just letting us replace the batteries and keep on trucking.