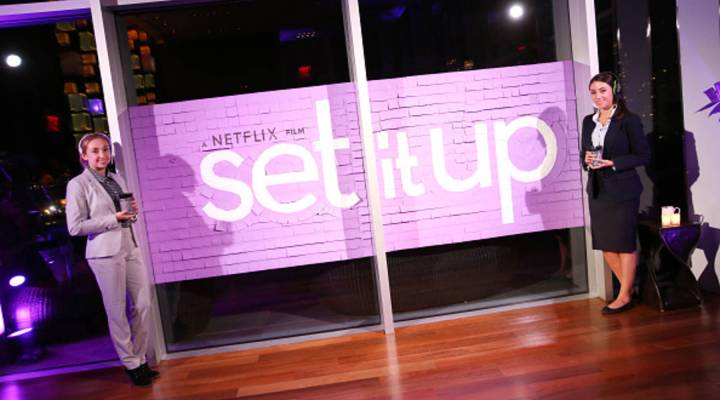 COPY
"Set It Up" was part of Netflix's Summer of Love, which brought in more than 80 million subscribers. Monica Schipper/Getty Images for Netflix

"Set It Up" was part of Netflix's Summer of Love, which brought in more than 80 million subscribers. Monica Schipper/Getty Images for Netflix
Listen Now

Netflix released quarterly earnings Tuesday, and it’s no exaggeration to say the company crushed it. Subscriptions were up by nearly 7 million; they’re expected to top 9 million in gains next quarter.

This is in many ways a story of international expansion, but it’s also a love story. Part of Netflix’s success can be credited to the push it’s made into producing and releasing romantic comedies. Audiences have had a checkered relationship with rom-coms over the years — we love them, then we hate them, then we love them again. So what is it that keeps us coming back?

to “When Harry Met Sally” …

Squire said making a good rom-com is tougher than it looks.

Plus, there have been a lot of bad ones, so over time audiences developed a thing for movies that did away with fluff.

“With the rise of superhero movies and kind of grittier, dramatic films, rom-coms just kind of fell to the wayside,” she said.

“There’s a huge resurgence of rom-coms right now, and I think that’s almost entirely thanks to Netflix,” Flaherty said.

It started with Netflix’s Summer of Love — a rom-com onslaught that released movies such as “Set It Up,” “Sierra Burgess Is a Loser,” and ‘‘To All the Boys I’ve Loved Before.” More than 80 million subscribers tuned in, showing us there’s power in the formula of funny movie love.

What kind of heartless cynic wouldn’t fall for that?