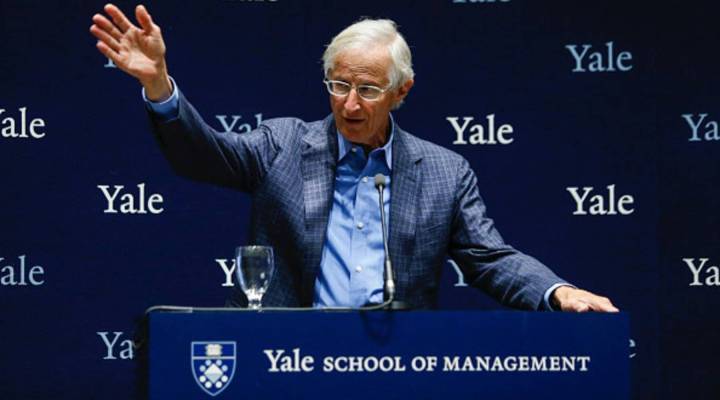 There’s a new report out on climate change science and it’s bleak. The Intergovernmental Panel on Climate Change, made up of thousands of scientists, finds the earth’s temperature has risen 1 degree Celsius — or 1.8 degrees Fahrenheit — since pre-industrial times. And if we don’t keep warming under 2 degrees? Well, the oceans could rise an extra four inches, “virtually all” coral reefs could be lost, and grain yields and water available would plummet. We can see this in dollar terms, as in $8 trillion to $15 trillion in costs, according to the report. One notable man has spent his life marrying the fields of environmental science and economics. William Nordhaus of Yale won the Nobel Prize in economics today. So in his honor, we ask: what would it look like if we saw climate change and its solution in economic terms?