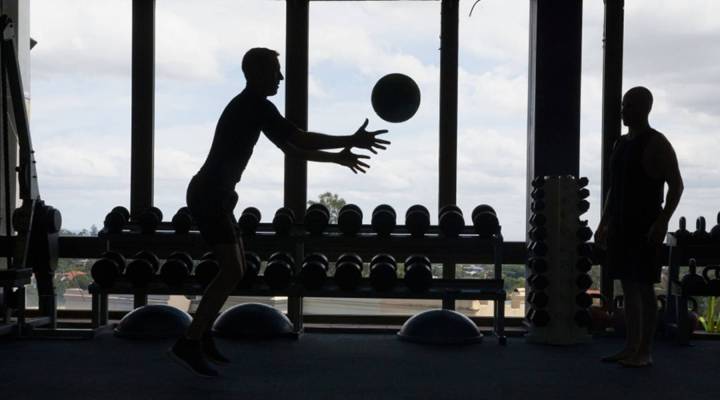 One of the statistics included in the monthly jobs report from the Bureau of Labor Statics (Friday’s report showed the lowest unemployment rate since December 1969) concerns the percentage of the workforce that holds down more than one job.

In September, that figure was 4.9 percent. And that number has stayed fairly steady over the last decade or so, even as the actual unemployment rate has been falling.

We wanted to learn more about the people who have more than one job. We talked to a few.

Spencer is a single dad who said he needs more than one job to make ends meet in LA.

“It’s hard to have just one income and one job stream that pays enough to live,” he said.

He said having more than one jobs gives him the income — and the flexibility — to take care of his family.

“I have to pick up my kids and drop them off at school and do homework,” Spencer said. “So it’s hard to get [one] job that’s going to let me do all those things.”

Jordan opened her gym about three and a half years ago. It brings in only about $25,000 a year.

“Following your dream doesn’t always mean being able to pay your bills,” she said. Balancing two jobs — and two children — can be tough. “It nevers stops,” she said. “I get up at 4 a.m. every morning and I am working in some capacity until 7 or 8 o’clock at night.”

Dziendziel said his life is all work, all the time.

“It’s hard. You’re waking up early. You’re at work all day until about 10 or 11 o’clock at night. Sometimes midnight. I’ll come home, relax. I’ll hang out for a few minutes and then go on a little drive or something like that, and I’ll lay down and [then I’m] right back at it again.”

He said there are days when it catches up to him.

Not everyone works multiple jobs because they have to. Castillo started the yoga gig while she was at her last full-time job, which was demanding and stressful.

“I always had this other thing that I could sort of rely on or that at least would make me fulfilled in the other hours of the day,” she said.

After Castillo left that job, she kept teaching yoga because she loves it. Plus, in New York, the extra income doesn’t hurt.