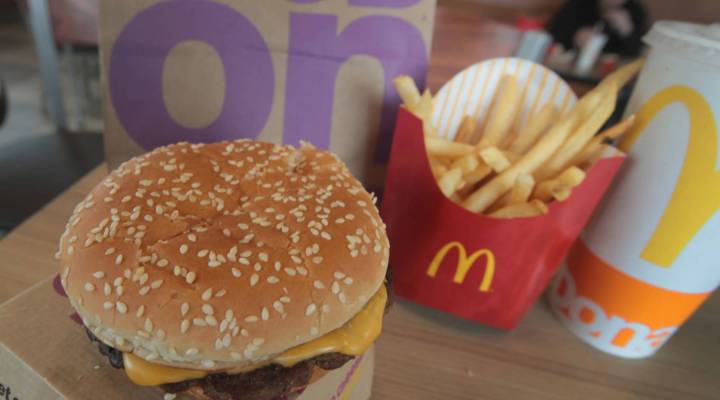 Amazon is raising the minimum wage for all its U.S. workers to $15 per hour, a decision that follows backlash from labor rights groups over the company’s pay and working conditions.

As giant firms like Amazon hire more people, becoming the dominant employer in some cities, economists have expressed concern that they could be suppressing wages. Despite low unemployment in the United States, wage growth has stagnated in the country.

There’s a word for a scenario where there are a lot of workers who are facing only one possible employer: monopsony.

“It’s the labor market equivalent of a monopoly,” said Kate Bahn, an economist at the Washington Center for Equitable Growth. “So when an employer knows that they’re not competing for workers, they can pay less than they would if they were in a competitive market.”

William Boal, a professor of economics at Drake University, said that people use the expression more broadly for any situation where it’s difficult for employees to find another employer (even if it’s not exactly “impossible”).

Here are examples of various sectors and companies in the country — ranging from tech and retail to education — that some economists consider monopsonies.

Along with Amazon, some economists have labeled Walmart a monopsony — although the amount of power it wields may depend on which region in the United States you’re talking about.

A research paper from the University of Connecticut found that the company “exerts a significant amount of power over workers in rural areas located in south central states.”

According to the paper, “Workers in rural communities are more responsive to changes in retail wages than urban workers, meaning that they are more willing to supply labor to the retail industry as wages increase but also more easily discouraged by wage decreases, making [Walmart’s] wage decisions more crucial for rural areas.”

Meanwhile, the Justice Department found that several players in the tech sector, including Apple, Google and Pixar, had agreed not to lure their competitors’ employees away, which the department then ordered them to stop.

“With some of these tech companies, they might be providing different services, but they’re pooling from the same pool of workers,” Bahn said.

Given that this field is female-dominated, Bahn pointed out that people in this profession are more likely to be mothers who have child care constraints that they are balancing with their work.

They’re also more likely to be secondary-income earners in their families, which reduces their ability to move and get another job. The conditions in this labor market then lead to lower-paid K-12 teachers, Bahn said.

Some fast food chains have “no-poach” restrictions, which prevent employees from working at another franchise within the same restaurant chain. Trying to impose these rules illustrates how these restaurants are trying to assert “monopsony power,” William Boal said.

“They’re not something that the worker finds. Even if they’re careful reading the fine print, they might not be aware of it,” he added.

Several major fast food companies, including Buffalo Wild Wings and McDonald’s, had allowed these rules before agreeing to end them back in July.

“You might look around town, you might see six or eight McDonald’s, and you think, ‘Well,that’s a competitive labor market where workers can move from one to another,’” Boal said. “But it turns out no, the franchisees [were] not allowed to hire each other’s workers.”