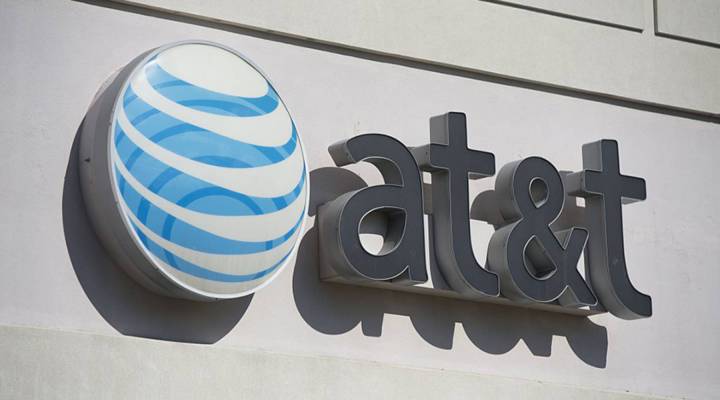 TV is still the big dog when it comes to advertising. But it’s slipping. Advertisers are moving their dollars online, fast. The money is mostly flowing to Facebook and Google because those platforms can use personal information to target ads specifically based on your interests. But the next frontier in TV ads is coming our way. AT&T just completed its purchase of Time Warner and has launched an ambitious new ad-tech strategy. The plan is to take all that data it has from wireless subscribers and its internet services and deliver way more targeted ads on television. Today on Marketplace Tech, we dig into how this would work in Quality Assurance, the segment where we take a closer look at a big tech story. Host Molly Wood talked with Ad Age media reporter Jeanine Poggi. The following is an edited transcript of their conversation.

Jeanine Poggi: Now they’re looking to be hyper targeted. So for instance, saying OK, well, we really want to target a household income of a hundred thousand dollars and people who in the next six months, their lease is going to expire on their car and they’ll be out in the market looking for a new car. So taking, you know, a really deep dive and using data to more precisely find audiences.

Molly Wood: So what will this look like to a consumer, if I’m an AT&T television subscriber or if I’m a Time Warner subscriber and I’m watching broadcast TV, how might this appear to me?

Poggi: Yeah. So what AT&T has said it’s looking to do is, one, is there’s the ability to reduce commercial loads. So it could mean fewer commercials. It also means the ability to connect your mobile devices, your AT&T mobile devices, to what you’re watching on TV. So for example, if you’re watching a show, it might not cut to commercial. Instead, there might be a little box or icon at the bottom of the screen for, you know, a new car and then that could connect over to your mobile device. And instead of interrupting the show and watching a commercial, you might get more information on your mobile device instead. So it’s this ability to connect mobile and television. I think that, perhaps, might be the most interesting moving forward.

Wood: And then what about the privacy question? I mean, I think people are just starting to kind of realize how powerful this technology is and start to feel uncomfortable with it. And if they start having that same experience on television, is that likely to be a turn off? What are privacy advocates saying about this?

Poggi: Some of this is actually happening now and you just wouldn’t really know it. You know, there is the capability for cable operators to essentially send specific ads to households through the, you know, the set-top box. It’s called addressable advertising, and you can actually target by household, but I think at the end of the day, people are more inclined to watch content with advertising that is more targeted and more relevant to them. People are still on Facebook, you know. How many people do you know that are saying, “OK, I deleted my account, despite all of the data privacy concerns there?” I think that there is in general more of a willingness to do some of these things.

Wood: So currently, there is addressable advertising, which is that my cable company has gathered information about what I watch through my cable box and them can do some of that.

Poggi: Right, so your cable operator, so like a Charter for example, right, they sell two minutes of commercial time per hour, and they can use that two minutes of commercial time to send their households more specific commercials that are relevant to them. So, you know, when you sign up, they obviously they have your credit card information and they have other data points on you from just signing up for their service. So they have that, and then they match it to the households and can serve commercials specifically to you. But that’s on a much smaller scale because that’s happening, you know, from the individual cable operators. So it’s about making this more of national opportunities to be able to reach bigger audiences. But in a targeted way.

Wood: And then they can potentially show fewer ads because the advertisers will be willing to pay more?

Poggi: Correct. Absolutely. Because there is more of a guarantee that the advertiser will be reaching the very specific consumer that they want and need. There is the understanding that they would be charging more for these ads, so they’d be paying more. So in turn, they can now shrink the ad loads to make up for the cost.

Wood: What is your sense of how advertisers feel about this? Does it seem like it’s promising?

Poggi: I mean, advertisers of course are always eager to use more data to know who they’re targeting to get better metrics of results. So they want to know, you know, to be able to measure and say, “OK, I delivered this message to this consumer. Did they go into a car dealership and take a test drive? Did they, you know, download a coupon? Did they make a purchase?” And this will all also help with metrics and sort of proving out that TV ads work.

Wood: Who’s the competition that AT&T is targeting here? Is this a play for, you know, taking advertisers away from the big duopoly, Google and Facebook?

Poggi: Yeah, I mean it’s absolutely about competing with Google and Facebook. More and more, you know, TV advertising has been shifting to digital because digital has this ability to target, you know, much more precisely than TV typically has in the past. And I think that the goal here really with what AT&T is doing — and they really want to bring in other, you know, rival TV networks and distributors as well. They’re looking to really work with the whole industry, and this has to be an industry effort to really take on Google and Facebook to bring money back into TV.