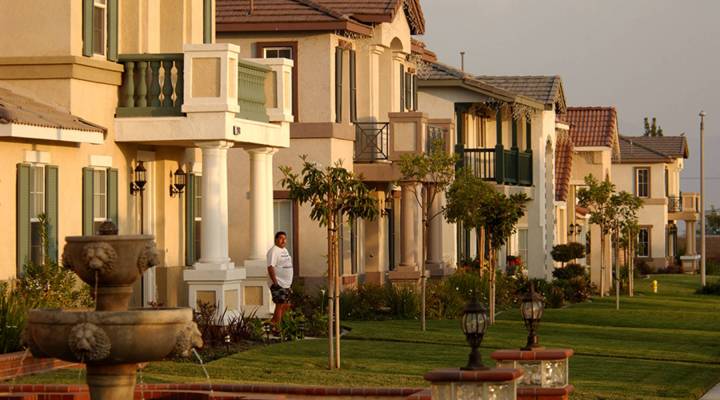 Three years ago, Job Fickett and his wife bought a four-bedroom ranch house in Jacksonville, Florida, for $263,000. He’s a lawyer and she works for a commercial real estate brokerage. Since then, they’ve watched similar houses in the neighborhood sell for much more.

That increase in value, along with the mortgage payments they’ve made, means they have more equity in the home. Equity is the market value of a house minus the outstanding mortgage debt. Fickett said he and his wife have been tempted to tap theirs through a home equity loan or line of credit.

“We just wanted to kind of do some upgrades to the kitchen,” he said. “Updating the appliances, tile backsplash, putting in a wine fridge, that sort of thing.”

They’ve also considering using the money to pay off their student loan debt, which has a higher interest rate.

According to research firm Black Knight Data & Analytics, Americans have amassed a record $6 trillion in “tappable” home equity. That’s the amount homeowners could cash out while keeping a 20 percent stake in the home, the threshold for many lenders. The previous equity peak was $4.9 trillion in 2005. Equity is growing primarily because home prices are growing, said Andy Walden, Black Knight’s director of market research.

One of the reasons Americans got into so much trouble during last decade’s housing crisis was the tendency to view houses as a source of cash to be extracted and spent on anything from a new fridge to a vacation in Barbados. This time though, homeowners have resisted cashing out — at least at levels you might expect, Walden said. The percentage of available equity people are extracting through a cash-out refinancing or home equity line of credit has been falling for the past few years. As we’ve learned the hard way, home prices can go down, too.

“Certainly, lessons learned both on the lending side and the borrowing side from the financial crisis are at play,” Walden said. “Another thing that we’re tracking here early on this year is the impact of rising interest rates on borrowers’ willingness to utilize equity in their home.”

On Wednesday, Federal Reserve officials approved the third rate increase this year. Rising interest rates make new loans less appealing. So does the new tax law, which lowered the cap on interest borrowers can deduct for home loans. And there are new restrictions. According to the IRS, interest on a home equity loan, or HELOC, is now deductible only if the money is used to “buy, build or substantially improve the taxpayer’s home.”

Still, the temptation to dip into equity may be too great, said Greg McBride, chief financial analyst at Bankrate.com. In a recent survey, 15 percent of respondents considered paying regular household bills a good use of home equity.

“With the sorry state of emergency savings for many people, it’s only a matter of time before a lot of homeowners have to resort to that home equity, either to consolidate other debts or when they have an unexpected home repair expense,” McBride said.

Banks are happy to help. They’ve stepped up their marketing, McBride said, even offering loans and home equity lines of credit of up to 90 percent of a home’s value. Fickett, the homeowner in Jacksonville, said every time he checks his bank account or mortgage balance online, “You get a landing splash page that says, ‘Yeah, you should really look into refinancing your house. You should really look into a home equity line.’”

He’s holding off for now. The Jacksonville housing market feels a bit “bubbly,” he said. At not quite 30 years old, he also remembers his parents’ struggles to sell a home during the last downturn.

“I definitely saw some stress on my parents that I had never seen before,” he said. “That’s helped me kind of formulate my own wariness towards getting into a situation like that.”