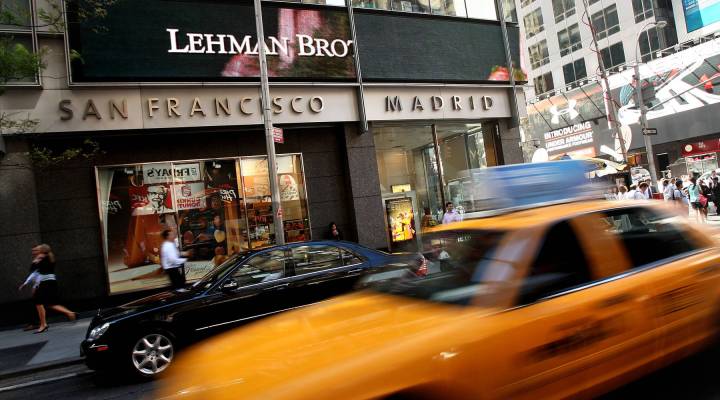 Throughout 2018, Marketplace’s series Divided Decade is exploring how the financial crisis continues to play out ten years later. There are the obvious ways, such as housing, investments and attitudes towards money. There’s another, less discussed impact: the decline of training programs for American workers. Marketplace’s senior economics contributor Chris Farrell read a piece about New York’s Greyston Bakery and its concept of “open hiring.” It got him thinking about companies that had to dial back on training when the economy crashed and how the U.S. now compares to other nations when it comes to workforce development. Farrell shared some of his thoughts with Marketplace Morning Report host David Brancaccio.

Below is an edited transcript of their discussion.

David Brancaccio: So training of American workers, that also was a casualty of 2008?

Chris Farrell: Absolutely. Training budgets were just slashed. In fact, it was one of the first things to go. And then during the recovery, remember how slow the recovery was, you know businesses had multiple lines of workers out the door so they didn’t really have to invest much in training. And this is on top of a trend of corporate America moving away from training anyway.

Brancaccio: You’d think at a time of what is supposedly full employment, that training would be embraced, but you’re saying still not?

Farrell: Well, you’re starting to see a little more going on because people keep complaining about their lack of qualified workers. You hear that all the time, right? My reaction is, you know, I think we have a lack of training programs and this thought came to me, partially looking at the data but also reading the story in “Business Insider” about this bakery, Greyston Bakery?

Brancaccio: Yeah, this is a bakery, I think it’s based in the New York area that has a very interesting recruiting policy…

Farrell: Yeah. No resume, no interview, no background check, it’s kind of like first come, first serve when a job opens. But here’s the part that really grabbed me, David: So you get hired. You enter a 10-month training program including life skills or you’re an apprentice. At the end of the 10 months, you’re a qualified worker. So that to me is what corporate America is missing. Stop complaining about qualified workers and let’s start embracing training programs throughout someone’s lifetime, and I think Greyston Bakery sort of highlights the promise.

Brancaccio: And dare I even ask about government training programs? We’ve been talking about the private sector, but this is the perennial for we business reporters…

Farrell: You know, what’s the right word? Pitiful? Public investments and adult education — if you’re charting it out — just drops dramatically after age 25. By age 40 it’s essentially reached zero. Now, make an international comparison — we are in this global economy — you look at Germany for example. Germany’s public expenditures on worker re-employment, re-skilling and training programs is more than six times that of the U.S. So again, the corporate sector, they’re falling short. The public sector is a disgrace.

This interview is part of Divided Decade, a yearlong series examining how the financial crisis changed America.