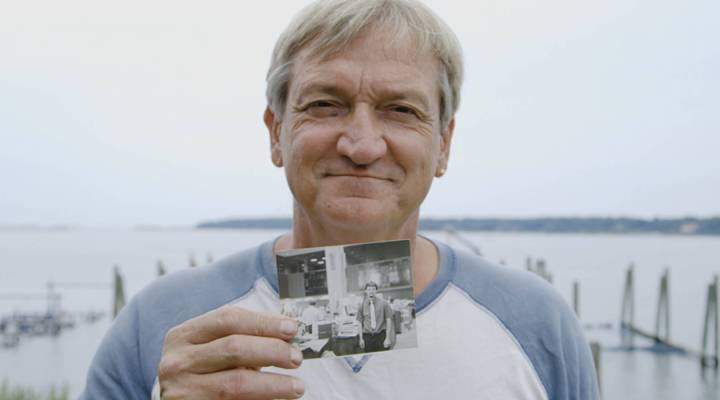 Here at Marketplace, we’re doing a yearlong project on the 10-year anniversary of the financial crisis called Divided Decade. At the center of it, of course, were dodgy housing loans that were packaged and resold as seemingly solid investments. They were known as mortgage-backed securities. Here’s where the tech comes in: Back in the ’90s, a guy named Michael Osinski and his wife, Isabel, wrote software that made it super simple to bundle loans into a security. Osinski retired from Wall Street eight years before the recession to farm oysters on Long Island, where he rode out the financial collapse with hardly any ill effects.

Marketplace producer Eliza Mills met up with him at his oyster beds for an extended video interview about the tools he created and how they were used. She shared some of Osinski’s story with Molly Wood, including the extent to which he felt responsible for his software’s role in the subprime mortgage-fueled crisis. The following is an edited transcript of their conversation.

Eliza Mills: He feels like he built this tool. And he thinks that how people use it really wasn’t up to him. He kind of puts the onus for that on irresponsible lending. He feels like the people who made money in the industry have some culpability. So he does feel some sense of that. But he also feels really removed. He’d been farming oysters on Long Island for eight years when the recession hit. And he didn’t feel the crisis personally because he kind of lives in a very wealthy enclave that sort of came out of it relatively unscathed. And even though, you know, some people sort of had a different perception of him.

Osinski [on tape]: No one gave a damn about software that securitized mortgages 10 years [before the crisis], and after the crisis people were upset because it affected them. There were some people that had some very negative views about us. Most people realized that we wrote a good piece of software that we sold in the marketplace. How people use that software is … you know, you really can’t control that.

Wood: Yeah. Well it’s part of what we’re asking tech companies and programmers to do now, and what they’re asking themselves, right? Which is to consider the unintended consequences, to consider the ethical responsibility [of their work]. I mean, if this happened now, there’s a possibility that Mike Osinski would have been called before Congress to talk about his role in the technology … at least judging from what’s happened with Facebook, right?

Mills: I think that’s absolutely true. I think that both the regulators and the market as a whole understands technology a lot better and understands how instrumental programmers are in creating safeguards in new technology and new software. And I also think that it’s still true that the innovation in technology outpaces anyone’s ability to regulate it. The ground is moving under our feet, and it’s hard to keep up. And so it’s completely plausible that software like this could enable something that could cause something to get out of control again.