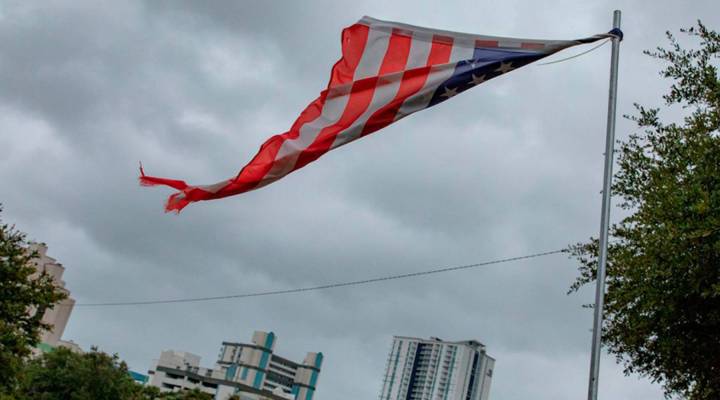 Viewers of The Weather Channel may have noticed a lot of campaign ads this week as the midterm elections approach and more people tuned in to track Hurricane Florence.

According to NCC Media, the number of political advertisers on the channel grew from 59 last week to 83 this week.

“It’s a smart media strategy,” said Ohio political strategist Vanessa Tey Iosue with Burges & Burges in Cleveland. With so many choices on cable, viewers can always switch channels, she said. “But you’re not really going to do that if you’re a storm tracker and you really want to know what’s going to be happening in the Carolinas. You’re going to stay on that channel,” she said.

The strategy carries some risk though, said David Campanelli with Horizon Media, an ad buying agency.

“There’s risk of, obviously, life loss and serious damage, and oftentimes advertisers don’t want to be associated with that,” he said.

One campaign pushed back on the idea that it was capitalizing on interest in the storm. Both the Republican and Democrat running for governor in the state have ads on The Weather Channel this week.

“There was no strategy behind The Weather Channel ads,” said Joshua Eck, a spokesman for Republican candidate Mike DeWine. “It’s simply part of a much larger ad purchase.”