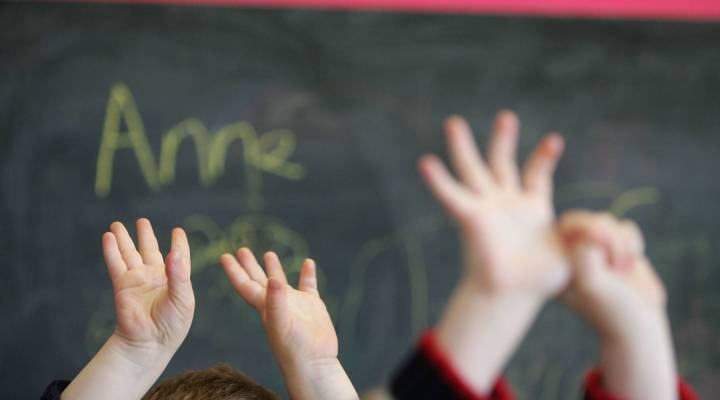 When we talk about race and racism in this economy, the experiences we most often hear about are the experiences of the people who’ve been marginalized. Less common is studying the people with the power, money and privilege. Margaret Hagerman teaches sociology at Mississippi State University and spent two years observing and hanging out with affluent white kids and their parents. Those parents all own homes, have advanced degrees and live in predominantly white neighborhoods in a Midwestern suburb. Hagerman wrote about it in her new book, “White Kids,” which came out Sept. 4, and she discussed her findings with Marketplace host Kai Ryssdal. The following is an edited transcript of their conversation.

Kai Ryssdal: Give me the opening anecdote in this book, Edward and you driving through McDonald’s, would you?

Margaret Hagerman: Sure. So it’s snowing and Edward and I are driving through the McDonald’s and he is, you know, coming home from hockey practice, and he’s really hungry, and so we just go to whatever McDonald’s is closest because I don’t really know all the different McDonald’s.

Hagerman: Correct. He’s 12 years old, and I notice that he is looking out the window, and he’s noticing a group of black children getting off the school bus. And the kids are doing the things that he does every day with his friends, like, have a snowball fight, in this case. And he says, “Oh, we’re not in a very good neighborhood, are we, Maggie?” And I was really struck by that because, you know, the kids were literally having a snowball fight. They were laughing, joking around, and it was this powerful moment for me where I was really able to see how children are making sense of the world around them on their own. They’re interpreting their environment. And he then went on to tell me that his mom had told him at one point that that neighborhood was not a very good neighborhood, and she would certainly know because she’s his mom.

Ryssdal: And then the kicker to this anecdote is that just a couple of days before this, hadn’t Edward said to you, “race doesn’t matter anymore” or something, right?

Hagerman: Right. He told me that racism is not a problem and that race doesn’t matter in America.

Ryssdal: Talk to me about this thing you call the “conundrum of privilege.”

Hagerman: Sure. So parents who are identifying as anti-racist and identifying as people who really care about equity and justice, how they are simultaneously giving advantages to their kids. And because the families in the study have this economic privilege, they really are able to craft whatever context of childhood they want for their kids. And so the conundrum comes in because they want to raise kids who will contribute to a fair and just society. But at the same time, they want to give their kids opportunities so that their children can be successful and can thrive and can potentially get into Harvard and so on. And so I think that these parents really are trying to be, on the one hand, a good citizen, but on the other hand, you know, sort of adhering to this idea of what it means to be a good parent, which means, for many people, giving their children everything they can.

Ryssdal: But if I give my kids everything I can, which, full disclosure here, I tried to do, that, well, I don’t know if it necessarily comes at the expense of another child, but in a very sort of poetic sense, it kind of does, right?

Hagerman: Yeah, so I’ve gotten a lot of questions about this and I think a good example might be the following: So if you have a child that’s in a classroom and your kid comes home from school complaining about the teacher and complaining about the classroom, and there’s dynamics in there that you’re not happy with as a parent, and you’re someone who has a lot of power and privilege in your community, you have a choice to either go to the principal and demand that your child is removed from that classroom or go to the principal and demand that they fix whatever situation is going on in that classroom. And those are two different choices. And so I’m certainly not advocating for people not caring about their kids or not supporting their own children. But I think there are moments where people in positions of power could make slightly different decisions that would have meaningful consequences for their own kid but also for other kids.

Ryssdal: But that’s a whole series of micro-level decisions that parents are making in a really, really complicated macro-level societal problem.

Hagerman: Absolutely. I think that the parents in my study really struggle, even though they think of themselves as having really good intentions, because they live in a society that’s unequal. And so I think that, you know, ultimately, what we need to do is think about strategies for making, for example, our schools more equal so that parents are not even in this position where making decisions about where their child is educated leads to such profound differences in outcome.