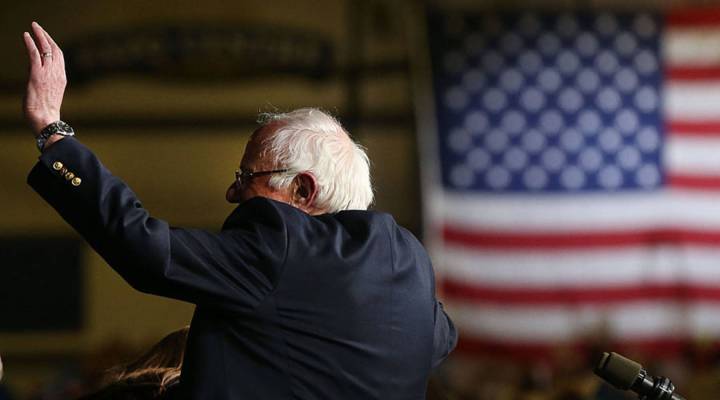 Ocasio-Cortez’s position is “quite a distance away from what socialism traditionally has meant,” said Frank Newport, editor-in-chief at Gallup. He points to Gallup polling during the Cold War, when the company found Americans defined socialism as “the things that we would have thought of 50 years ago, government ownership of the means of production and equal incomes.”

At the time, communism was spreading across Eastern Europe, Western European governments were experimenting with socialism and U.S. government news reels were warning Americans to be on guard.

“The theory of socialism may be exciting to the intellect of many people,” said one 1955 film. “Its glittering promises may seduce the judgment of millions.”

But the film warned that socialism was a first step on the slippery slope to communism.

That connection between socialism and communism has faded for some, said linguist Deborah Tannen at Georgetown University. She’s written several books on how words and their use can change over time.

“I think young people are just so distant from [the Cold War] that those negative associations would no longer be taboo,” she said.

Today, Gallup polling shows more than half of young people (18-29) have a positive view of socialism. Perhaps because rather than linking it to communism, they tend to associate it with a more accepted partner — democracy.

“Democratic socialism means that in a democratic civilized society, the wealthiest people and the largest corporations must pay their fair share of taxes,” said Democratic presidential candidate and longtime Vermont Sen. Bernie Sanders in 2015.

“Most older people thought this is the kiss of death,” said Georgetown’s Tannen. “If he says he’s a socialist, he’s dead in the water.”

In fact, Sanders made it all the way to the Democratic convention, and now congressional candidates are weaving the ideas of democratic socialism into successful campaign platforms for the midterms.

That said, Americans attitudes toward socialism haven’t changed much in recent years, according to Gallup’s polling. More than half of Democrats view socialism positively and have for years. Less than a quarter of Republicans feel the same. What’s really changed is the way people feel about capitalism.

From the financial crisis to the Occupy Wall Street movement to the reaction to recent corporate tax cuts, capitalism has become, in some circles, the new villain. The percentage of Democrats who have a positive view of it has dropped 10 points in the last two years.

“I think for a lot of people, the way that they use ‘socialism’ is maybe just to mean not capitalism,” said Benjamin McKean, a political theorist at Ohio State University.

“If you’re a young person coming out of college, you’re seeing some people doing incredibly well,” he said. But, “you’re seeing most people, in an economy that’s supposed to be doing great, not doing any better than they were a few years ago, sometimes even doing worse.”

Which may be part of the reason behind a 12-point drop in approval of capitalism among young people, in particular.