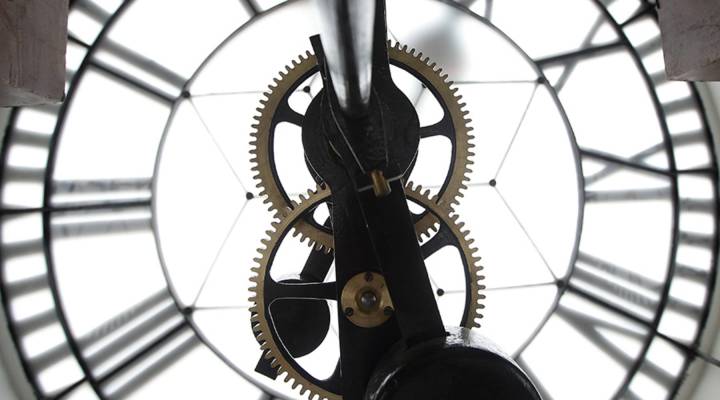 The Trump administration wants to shut down two shortwave radio stations that broadcast time signals from the nation’s master clock.

The administration’s budget proposal would eliminate nearly $27 million in funding from the National Institute of Standards and Technology for the two stations. WWV, based in Fort Collins, Colorado, has been transmitting one rock-steady pulse per second for more than 80 years. Its sister station, Hawaii’s WWVH, has been extending the time signal across the Pacific for nearly 70 years. WWV is also the world’s longest continuously-broadcasting radio station. (NIST doesn’t stream the stations online because signals are often delayed as they stream over the internet. But you can hear the stations by calling (303) 499-7111 for WWV or (808) 335-4363 for WWVH . There are also online recordings of the stations’ gentle announcements.)

That has retired engineer Michael Welch up in arms. He’s been relying on WWV’s signals to keep perfect time since he and his colleagues were launching Apollo missions some 50 years ago.

“It probably means more to me than it does most people,” said Welch, who still uses the signals to keep track of space launches and his meeting schedule.”I just have to have it that way.”

He’s not alone. Meteorologists use the signals to track weather systems, utility companies rely on them to keep the electrical grid in sync, and medical institutions and broadcasters use them to keep their clocks accurate to within less than a second. Ham radio hobbyists use the stations to calibrate their equipment. One of them has started a petition to protect the stations from cuts, with support from an amateur radio advocacy group.

The administration says newer GPS technology has rendered the two stations obsolete. But the station’s fans say GPS signals don’t penetrate through buildings the way the shortwave signals do — and that GPS gear is more expensive.

They also worry that the cuts will lead to the elimination of a third station that keeps clocks in sync. WWVB is used to automatically synchronize millions of wall clocks and watches in schools, hospitals, and homes nationwide.

Allan McCormick’s company, LaCrosse Technology, manufactures and sells those devices. He says if all three government time signals were eliminated, his company’s products would go haywire.

“We would have millions of unhappy customers,” McCormick said. “I mean, our call center would light up.”