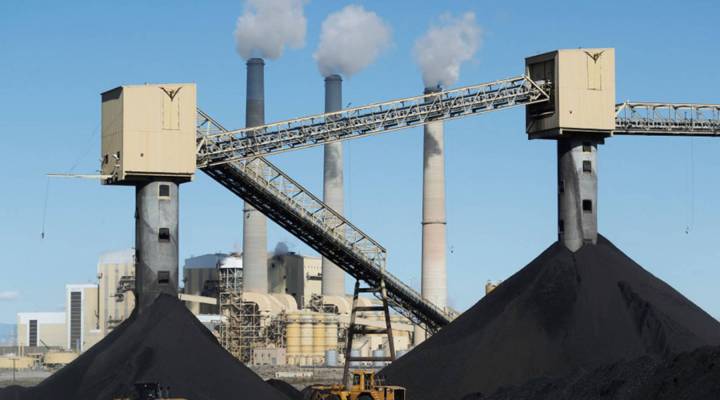 A Washington state Superior Court may decide on Friday whether a utility company that gets much of its power from coal plants will have to share information on how much it costs to operate those plants. It could show how the economics of coal stack up against renewable power.

It comes as the Trump administration considers an energy proposal that many say would help coal power operators by loosening regulations.

Since 2012, the Sierra Club has been pushing regulators to force the utility company PacifiCorp, which operates in the Northwest, to disclose how much it costs to run 22 of its coal power plants.

“We just want full disclosure,” said Gloria Smith, a managing attorney with the Sierra Club. “If we understand that every one of PacifiCorp’s coal plants are economic and in the best interest of ratepayers right now, you know, we’d go off and do something else.”

The fight is essentially over a nine-slide presentation from the company showing a cost analysis. Regulators and stakeholders have seen it, but the public hasn’t.

Smith said the company may be trying to avoid unfavorable cost comparisons.

“I don’t think they’re happy with the results,” she said.

PacifiCorp is fighting the release on the basis that the information contains trade secrets — that disclosing its fuel costs, operating costs and contractual arrangements would limit its negotiating power. Experts said that position does work for many companies, but that it may not apply to PacifiCorp.

“What’s different in the PacifiCorp situation is that this is not a competitive market,” said John Larsen, a director at the independent research firm Rhodium Group. “This is an integrated utility with oversight from the public utility commission.”

Larsen said PacifiCorp’s business plan has been projected in part on revenue from these coal plants.

“Basically, every year they got to pay a certain amount to keep these plants going, and that’s a dollar amount they know they can just send right down through their electric grids onto consumers,” Larsen said.

PacifiCorp officials said they’re not afraid of transitioning to more renewable sources but that shuttering plants ahead of schedule may not make sense. Bob Gravely, a spokesman for the company, said the information being sought is too preliminary to be meaningful.

“Why release partial results that don’t look at the whole picture, that could distort the market and increase costs for customers, when the actual studies that are going to guide the actual resource decisions are going to be done in six months?” he said.

He said that study will be released in spring, though that report also will have information the company wants to keep confidential.